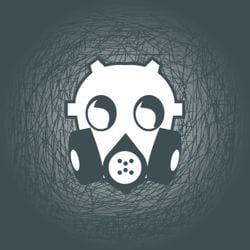 There is no debating it: the modern world has become a cesspool of environmental toxins. Repeated scientific studies have identified the health-deteriorating effects of toxins of all kinds: mercury, lead, BPA, petrochemicals, pthalates, parabens, benzenes, and many types of chemicals whose names are difficult to pronounce.

The modern household has become a harbor for so many types of chemicals, it is remarkable, sad and very frightening. To illustrate the remarkable nature of household chemical exposure, take a 2003 study conducted by the Environmental Science & Technology Journal.

In this study, the authors evaluated 120 households for chemicals detected in dust and in the ambient air. The number of airborne chemicals ranged between 13 and 28 and 6 to 42 in the dust per household. Among the chemicals detected, a number of EPA-banned chemicals were identified, ranging from DDT, intermediate flame retardant chemicals, chlordane, heptachlor and methoxychlor.

This article is going to look at the exposure of 3 of the most common chemicals, their potential risks, sources of exposure, as well methods for supporting the body’s detoxification pathways.

Benzene – A petrochemical, carcinogen and aromatic hydrocarbon. It is among the most common chemicals used in modern society. The most common sources of exposure include:

Benzene has a depressive effect upon bone marrow and is known to cause anemia by lowering red blood cell markers such as: hemoglobin, hematocrit, RBCs, white blood cells and blood platelets.

In lab rats, benzene-induced toxicity causes multiple types of tumors, as well as damage and altercation to chromosome function. Repeated studies have demonstrated the genetic-damaging effects of benzene toxicity.

Xylenes – Are aromatic hydrocarbons found in a variety of common household products:

Most common symptoms of acute xylene toxicity are respiratory symptoms. At high levels of exposure xylene toxicity acts as a narcotic, inducing neurological and neuropsychological symptoms. Chronic xylene exposure may result in more serious symptoms: leukopenia (depression of WBC’s), depression of blood clotting factors, liver and renal damage, increase in biliary enzymes, nausea, vomiting, headache and dizziness. As little as 100 ppm of xylene may be enough to cause more serious symptoms.

Changes in brain neurotransmitters have been reported after low levels of xylene exposure.

Pthalates –  Are chemicals used to soften industrial plastics. They are found in an abundance of petroleum-based products, including:

More than 70% of women’s cosmetics are known to contain pthalates. Pthalates are notorious for being endocrine and hormone disrupting chemicals. Additionally, it is believed that pthalates may induce reproductive and developmental toxicity.

Studies conducted on indoor, ambient chemical concentrations have found pthalates to be among the highest concentrated chemicals in air and dust.

Studies on rats in utero have found a strong association between pthalate toxicity and decreased testosterone and genital malformation.

Pre-mature breast formation and early onset puberty has been associated in populations of children with high levels of pthalates in serum.

Pthalates are associated with an increased risk of insulin resistance.

Emerging scientific studies have identified that certain chemicals are able to alter the expression of genetics several generations after exposure. This is now referred to as transgenerational inheritance. Many researchers speculate that the increased rate of neurological diseases may be partially a result of transgenerational inheritance due to chemical toxicity generations earlier. What is less understood is the combined effect of multiple chemicals through continuous, daily exposure. For example, it is speculated that women’s cosmetic products contribute to a very high body burden of chemicals.

It is clear that there are a very wide assortment of potentially-toxic chemicals that humans are continuously being exposed to. More than 50 years ago, Rachel Carson wrote in her book Silent Spring: “For the first time in the history of the world, every human being is now subjected to contact with dangerous chemicals, from the moment of conception until death.” The increase in chemical production has dramatically risen over the past 50 years, and it is very difficult to fathom the depth of her words today.

Even though the burden of chemicals may appear great, there are ways that people can reduce their overall burden of exposure by reducing their dependence on petroleum-based products. In many instances, eliminating something as simple as toxic cosmetics may yield great benefit. In other instances, using glass bottles instead of plastic may reduce exposure.

Supporting Detoxification Of Your Body

If you’ve read articles on this website previously, you may have come across articles which discuss the importance of improved detoxification mechanisms as a necessary means to improving health and biological functions.

Detoxification is an ongoing biochemical process, in which all cells of the body participate. There is no doubt that certain individuals have reduced cellular detoxification capacities for various reasons:

Powerful nutrition therapies that are individually based offer strategies for improving upon detoxification pathways. Supporting glutathione activity remains high on the list for maintaining high antioxidant and detoxification defenses within all cells. Although increasing glutathione status may not be as “cut and dry” as previously believed, there are certainly ways to achieve this. Namely, improving methylation and transsulfuration activity will directly improve upon glutathione activity.

Some researchers have found that supplementing with the amino acid L-Glycine at therapeutic doses boosts chemical detoxification. Consider that L-Glycine is among the 3 amino acids which form the glutathione tripeptide.

There are a variety of other strategies that are open for discussion, such as the use of certain adaptogenic herbs, B-12 therapies, EDTA, increasing metallothienien status, and overall balancing body chemistry.

At the rate this world is functioning in terms of the level of toxicity humans produce and expose themselves to, I don’t see how anyone living in modern society believes they are safe from the onslaught of environmental toxins. It is an ongoing concern that becomes more grave with each passing year. If you’re looking for a happy ending to this article, I’m not going to write one, because the truth is more important.