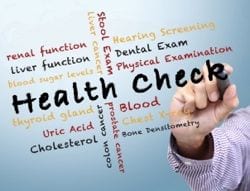 What is important to understand is that if thyroid hormone levels are diminished for any number of reasons, there can be a number of added symptoms and related issues that manifest. Since a decrease in thyroid hormone affects every cell of the body, there is not one physiological system of the body that isn’t affected by low thyroid hormone. Additionally, if a physician is not aware of the bigger picture, the patient’s health may suffer.

As if the madness regarding the efforts made to lower one’s cholesterol wasn’t at an all time level of illogical hysteria, there are more logs to throw onto the fire. One often forgotten fact is that the cellular uptake of LDL cholesterol will diminish if there is inadequate thyroid hormone in the cells. Consequently, LDL levels in serum may rise significantly due to poor LDL utilization.

The allopath, with his mind in a symptom-based and number-oriented reality, may be totally unaware of the low thyroid/LDL connection. He will harp and protest and threaten the patient with a statin drug, if the patient is unable to lower their LDL. In a tizzy, the patient tries all of the initial remedies: niacin flushes, garlic, red rice yeast and the silly extraction of cholesterol and fats from the diet. All to no avail. Finally the doctor in all his allopathic furry unleashes the cholesterol-reducing medication. The patient immediately feels horrible, heavy arms and limbs, a terrible weakness making it seem as if he has aged 50 years.

Nowhere along the way does the doctor consider running a thyroid panel. And even if he does run it, he’s probably only running the TSH value, and not running the all important Free T3 and Free T4 measurements.

Not only does this patient suffer from an undiagnosed, undetected low thyroid condition, his body is now being depleted of one of the most essential lipids in his body: cholesterol. His cortisol, DHEA and testosterone synthesis plummets, because cholesterol is the backbone of all steroidal hormones. His body’s anabolic defenses, needed to stop the free radical cascade in his tissues has lost its core battalion:cholesterol. Even more frightening since the LDL is forcibly being reduced, all of the other essential nutrients on that LDL lipid raft are being reduced as well.

Cholesterol-lowering medications will deplete more than just cholesterol. They will also deplete CoQ10 (coenzyme Q10), and since LDL carries other nutrients and antioxidants, you can wave bon voyage to the critical lipid-soluble crew: Vitamins E, A, D, and K, not to mention phospholipids such as phosphotidyl choline. How will his body be able to defend itself from the internal raging fires of oxidative stress, lipid peroxidation and free radical destruction without these imperative antioxidants? Short answer is that he’s up against a lot of problems induced by the statin.

And if this poor fellow is eating a standard American diet, one loaded with unsaturated vegetable oils and trans fats, these toxic lipids will be like explosive devices waiting to generate massive oxidative fires.

And to make matters worse, what about the undiagnosed low thyroid condition, or all of the factors that have lead to it? Is there any semblance of metabolic efficiency in this guy’s future? Let’s say the guy sees an endocrinologist who diagnoses low thyroid, puts him on synthetic T4 and then sends him off. Well, maybe it works, but maybe he can’t effectively convert the T4 into T3. Then what?

Even if the doctor knows that low thyroid activity is causing a decrease in LDL uptake, the doctor may still prescribe the statin. The statin is only making matters far worse. No underlying issues are being addressed, let alone even considered.

Get To The Real Issues Already

In our little made up story, there is a happy ending. The guy decides to get serious about his health. He decides to ditch the junk food diet, have his toxic mercury fillings removed by a REAL dentist, one or two at a time, and start addressing his core issues. He may need to take some thyroid medication until his body gets into better balance, but he learns that the function of his adrenals and his steroidal hormone balance is of great concern if he wishes to restore proper coordination of his HPA/HPT axis.

He also feels that the statin drug he was given, which was making him feel 50 years older, weaker and sicker, is not of service to his body or to his new healthy outlook on life. Furthermore, this guy now knows that the reason his LDL was going up is more complex than initially assumed. He is smarter now, because he knows that he must become an active participant in his health if he is going to enjoy good health.