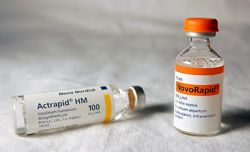 You have all been told to watch your cholesterol and to keep it under 200. Some doctors actually threaten patients that if they don’t lower their cholesterol levels, they will be forced to put them on a statin drug. So much for the ethical precepts of medicine and the Hippocratic Oath.

You all know my stance on the lipid hypothesis and on the ‘cholesterol is bad’ schtick that is still being regurgitated by dogmatic mainstream medicine. Remeber in the Wizard of Oz: “Don’t pay attention to the man behind the curtain”: Forget the fact that statins are the most financially profitable drug in history.  Forget the fact that cholesterol is actually the most important substance inside of your body besides water. Forget that all of your steroid hormones are made from cholesterol. Forget that every cell of your body is comprised of cholesterol for the integrity of their membranes. The entire medical orchestra surrounding cholesterol is a charade, a symphony of dis-information. Get out of the medical circus before you start taking the clowns in white suits too seriously.

What you likely haven’t been told by your doctor is that elevated insulin is one of the primary causes of heart disease as well as diabetes, osteoporosis, cancer, angina, elevated triglycerides and numerous other health conditions.

One of the best disseminations on the metabolic effects of insulin I have ever read is by Ron Rosedale, MD.

Desite being such an important blood chemistry factor, do you know why it isn’t routinely tested? Because there aren’t any drugs that are made which treat insulin directly, and thus, most classically ordained physicians who sell drugs and don’t grasp fundamental nutritional concepts have little use for it.

This is a major problem because controlling insulin through nutritional intervention is imperative for optimum health and physiological functions.

Insulin is an anabolic hormone that is produced by the Islet B cells of the pancreas. Insulin has a wide range of effects in the body. Its most important action is to take the sugar that is in your blood and to bring it into the cells of your body so that energy can be produced. How important is this? The answer is obvious and I need not explain the importance here. By this action, insulin thus “lowers blood sugar”.

Another important action of insulin is to store nutrients. as Dr. Rosedale points out: “When your body notices that sugar is elevated, it is a sign that you‘ve got more than you need; you’re not burning it so it is accumulating in your blood. So insulin will be released to take that sugar and store it. How does it store it? Glycogen.”

“Once you fill up your glycogen stores that sugar is stored as saturated fat, 98 percent of which is palmitic acid. The way you control blood fats is by controlling insulin.” This is an important point because many uninformed physicians equate high triglyceride levels (blood fats) with dietary fat consumption.

Something I can confirm through my experience is that elevated blood fats are more often times caused by excess sugar and carbohydrates.

Insulin also builds muscle and stores protein and this is why bodybuilders use it.

When high amounts of insulin get secreted, there are major metabolic problems that can result.

What Happens When High Amounts of Insulin Are Released?

Insulin resistance is the primary cause of type 2 diabetes, an epidemic that now affects tens of millions of Americans alone. Because the cells of your body must maintain a high level of sensitivity to insulin, excessive amounts being released by the pancreas causes the cells to become resistant to insulin.

Excessive insulin also causes magnesium to be excreted through the urine and this is a major problem because magnesium is a vitally important mineral for cardiovascular function particularly for the dilation of blood vessels. Magnesium loss sets up a cascade of additional complications including the retention of sodium.

Anyone who knows anybody with hypertension is well aware of the recommendations for lowering sodium intake. Why? Because excess sodium for a hypertense patient causes fluid retention which then in turn raises blood volume and blood pressure. These chain reactions are a major formula for congestive heart failure as well as cardiovascular damage.

Insulin resistance will first affect liver cells. And it is in the liver that the thyroid hormone T4 gets converted into T3. Patients with elevated insulin will also tend to have low T3 levels.

High levels of insulin will cause dysfunction and a lack of communication in the liver. The liver is such a massive organ that does so much more than filtering your blood, although its ability to do so should not be denigrated.

Consider that the Cytochrome P450 enzyme system, which is found in the highest concentration in the liver, is responsible for converting cholesterol into pregnenelone. Pregnenelone is the master steroidal hormone that gets converted to make all of the other major steroid hormones like estrogen, DHEA and testosterone.

Studies have shown the direct correlation between elevated insulin and low DHEA levels.

SHBG (sex hormone binding globulins) are what circulate the sex hormones estradiol and testosterone. SHBG’s are produced mostly in the liver. Much research reveals that high levels of insulin cause low levels of SHBG. Low levels of SHBG’s are found among diabetics, polycystic ovarian syndrome and people with hypothyroidism.

Remember that insulin lowers blood sugar. What foods convert into blood sugar very quickly and in high amounts? You guessed it: carbohydrates and sugars.

Every time you eat bread, pasta, rice, sugar, fruit, your pancreas produces insulin. How much insulin gets released is determined by numerous factors including your type of metabolism.

Other people can metabolize carbohydrates more efficiently. People that are more ketogenic can use carbohydrates in a more efficient manner. In some instances, I have seen how a very similar high carb diet eaten by 2 separate people will cause totally different insulin reactions. The glucogenic person will have very high insulin, and the ketogenic type will have high insulin too but not as high. This shouldn’t say that a high sugar diet is a good thing, to the contrary, it is very bad, but a high carb diet is even WORSE for certain people.

The Insanity of Conventional Nutrition

Doctors, dieticians and nutritionists who recommend a high carb, low fat diet for everyone will produce an insulin nightmare for many people. It makes no sense to me whatsoever, that grain based carbohydrates and starches are recommended to diabetics, “just as long as they get enough insulin.” This is chaotic becasue of the fact that the problem is insulin.

As Dr. Rosedale puts it: “This is much like whipping a horse to run faster at the end of a race; it runs faster for a little while, but if you keep doing it, it collapses and dies. So too do the islet cells that manufacture insulin in the pancreas die when drugs, nay doctors, whip them to keep producing more insulin when they are tired and sick.”