Elevated Insulin, NOT Cholesterol Is the Single Greatest Marker of CVD Risk 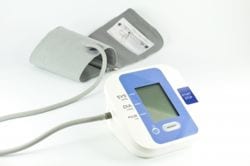 Elevated levels of fasting insulin is the single greatest marker to assess a person’s cardiovascular and diabetic risk factors. This has been consistently demonstrated in the medical literature going back more than 20 years. Elevated levels of insulin are found among those with heart disease, congestive heart failure, insulin resistance, diabetes, high blood pressure, and obesity.

Why then are insulin levels not routinely tested on standard blood chemistry tests? Answer: there are no drugs to lower insulin. It is controlled specifically through dietary intervention and exercise. There are no drugs to sell to a patient. No profit to be made despite the insulin reality. To make matters worse, laboratory reference ranges for what constitutes “healthy” or “normal” insulin values are totally absurd.

What Happens When High Amounts of Insulin Are Released?

Insulin resistance is the primary cause of type 2 diabetes, an epidemic that now affects tens of millions of Americans alone. Because the cells of your body must maintain a high level of sensitivity to insulin, excessive amounts being released by the pancreas causes the cells to become resistant to insulin.

Excessive insulin also causes magnesium to be excreted through the urine and this is a major problem because magnesium is a vitally important mineral for cardiovascular function, particularly for the dilation of blood vessels. Magnesium is an electrolyte that initiates more than 300 enzymatic reactions. Magnesium loss sets up a cascade of additional complications including the retention of sodium.

Anyone who knows anybody with hypertension is well aware of the recommendations for lowering sodium intake. Why? For many hypertense patients, excess sodium causes fluid retention which then in turn raises blood volume and blood pressure. These chain reactions are a major formula for congestive heart failure as well as cardiovascular damage.

High levels of insulin will cause dysfunction and a lack of communication in the liver.The liver is such a massive organ that does so much more than filtering your blood, although its ability to do so should not be denigrated.

Consider that the Cytochrome P450 enzyme system, which is found in the highest concentration in the liver, is responsible for converting cholesterol into pregnenolone. Pregnenolone is the master steroidal hormone that gets converted to make all of the other major steroid hormones like estrogen, DHEA and testosterone.

Studies have shown the direct correlation between elevated insulin and low DHEA levels.

SHBG (sex hormone binding globulins) are what circulate the sex hormones estradiol and testosterone. SHBG’s are produced mostly in the liver. Much research reveals that high levels of insulin cause low levels of SHBG. Low levels of SHBG’s are found among diabetics, polycystic ovarian syndrome and people with hypothyroidism.

What is critical to understand is that triglycerides (blood fats) are more often elevated due to the excess consumption of carbohydrates and sugar than from excess dietary fat consumption. Artificially made trans fats (partially hydrogenated oils) are also responsible for significant elevations in triglycerides.

Another lesser known fact is that adrenal hyperfunction can cause elevated levels of glucose. This is because both catecholamines (primarily adrenaline) and glucocorticoids (such as cortisol) will raise glucose levels. In response to the rise in glucose, the pancreas is called on to produce more insulin.

The implications to the adrenal connection to CVD and type II diabetes is that stress and lifestyle factors are a major component to the development of these diseases. One of the best ways to lower excess insulin and to reduce stress is through exercise!

When there is adrenal hyperfunction there also tends to be high levels of mineralcorticoids such as aldosterone. Aldosterone is an adrenal hormone that modulates the electrolyte dynamics, chiefly through the regulation of sodium and potassium. Adrenal hyperfunction implies that aldosterone is causing excess sodium to be retained and a loss of potassium through the kidneys and urine.

As we learned earlier, this is a perfect set-up for CVD.

Eat Right For Your Type Of Metabolism

Consistently over and over again I find that eating right for one’s type of metabolism is the greatest starting point to learn what foods and nutrients are essential for each person.

Having worked with more than 1,000 people with Metabolic Type Nutrition I have watched amazing things happen.

Understand that the nutritional requirements you have are highly individual. Please email me if you are interested in learning more about my nutritional consulting services.