Dental Health: Its Importance for Your Health & Hazards of Conventional Dentistry 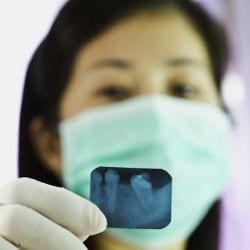 When you begin to look at the issue deeply, conventional dentistry is a major contributing factor to illness and disease. The use of outdated and dangerous practices are still commonplace among conventional dentistry. There is a big hush among industry leaders and agencies due to the potential multi-billion dollar litigation that would ensue if the AMA admitted it has been poisoning people for more than 150 years.

“Silver” dental amalgams actually contain 50% mercury. Yes 50%! And every time you chew your food, swallow food and hot liquids there is mercury vapor that gets released into your blood, brain and nervous system.

Mercury is an insidious poison. Anyone who tells you that mercury from amalgams is safe is either lying to your face, incompetent or has an invested interest to protect. Dentists can lose their license if they told you there is risk from mercury vapor. They are still used because they are cheap, and the industry refuses to admit they are harmful.

A few years back the FDA actually temporarily posted on their website that dental amalgams should not be installed in the mouths of pregnant mothers. They quickly took that down after industry leaders turned up the heat.

Always seek removal of mercury amalgams from qualified, competent biological dentists. The dentist should have an effective and safe strategy for amalgam removal as well as a protocol for eliminating mercury if it outgasses into your blood.

For mercury detoxification after amalgam removal I recommend increasing the production of endogenous antioxidants such as Glutathione. One product in particular is excellent at doing this.

Water fluoridation is one of the most insidious acts of forced chemical inundation that has taken place in the history of civilization. The fluoride that is dumped into municipal water supplies is the result of industrial waste from the nuclear/uranium, phosphate, aluminum and metal industries.

Sodium fluoride is a drug that is being prescribed to the entire U.S. population without consent. Holistic dentist Lina Garcia states emphatically that the use of fluoride being safe, whether topical or through ingestion, is a “dangerous myth”. Fluoride has been shown to adversely affect the reproductive system. Animal studies have repeatedly found that high fluoride levels can damage sperm, reduce sperm count, and increase the rate of infertility in a number of different species.

According to Dr. Garcia, “Research on the impact of fluoride on human reproductive systems is limited, but some recent research, has indicated that fluoride exposure might be associated with alterations in reproductive hormones and reduced fertility. An ecological study of U.S. counties served by water systems with fluoride concentrations of at least 3 parts per million (ppm) found an association between increasing levels of fluoride and decreased fertility. (Freni 1994). (The EPA, which regulates the amount of contaminants that are allowed in public drinking water, allows up to 4ppm of fluoride in our drinking water.)

Two studies have compared testosterone levels in males drinking high-fluoride water (some of whom already exhibited skeletal fluorosis, a bone disease caused by the excessive consumption of fluoride) to males who lived in low-fluoride areas. (Susheela 1996, Chinoy 1998). The studies showed significantly lowered testosterone concentrations in the men who drank high- fluoride water, whether they suffered from skeletal fluorosis or not. The only men with normal testosterone levels were the ones who drank water with low fluoride concentrations.”
Water fluoridation, by way of the help from Sigmund Freud’s nephew, Edward Bernays, has allowed American industry to conveniently dispose of its waste products. Bernays in the 1940’s and 50’s was a key individual who taught industry leaders how to convince government agencies that fluoride should be added to municipal water supplies.

It is widely known that water fluoridation became popularized during the Manhattan project, when the U.S. military began mining uranium. Fluoride is used to enrich uranium and is an important component to the creation of the atomic bomb.

1940’s nuclear propaganda was directed at convincing municipalities who existed near nuclear plants that fluoride was not only good, but necessary!

Of all of the toxic substances found in the earth like mercury, aluminum and lead, fluoride is the most abundant. According to the Environmental Protection Agency (EPA), sodium fluoride is particularly the most toxic form of fluoride, in addition so is fluorosilicate acid and sodium silicofluoride.

Even though the EPA admits that sodium fluoride is toxic, damages and can destroy crops, plants, wildlife, livestock and even can put holes through rocks, the EPA maintains that fluoride is safe for human consumption. How’s that for science?

Fluoride industrial giant ALCOA funded Kettering Labs to back its need for scientific research regarding the ‘safety” of fluoride. “A book by Kettering scientist and Reynolds Metals consultant E.J. Largent, for example, written in part to “aid industry in lawsuits arising from fluoride damage,” became a basic international reference work.”

Most European nations refuse to add sodium fluoride to tap water. Germany: “Generally, in Germany fluoridation of drinking water is forbidden…The argumentation of the Federal Ministry of Health against a general permission of fluoridation of drinking water is the problematic nature of compulsory medication.” -Gerda Hankel-Khan, Embassy of Federal Republic of Germany, September 16, 1999

A root canal is a process which invloves deadening a tooth, removing the dentin and nerve tissue and then sealing off the tooth in a dark, damp and moist environment – a perfect environment for the breeding ground of anaerobic (without oxygen) bacteria.

The poison and bacteria excreted from root canals are a major burden on the immune system. According to holistic dentist Lina Garcia: “The patient just needs to remember that, even if they are not currently experiencing any medical problems, that tooth is a severe toxic stressor. Removing it will lift a burden off the immune system and allow it to better protect the body against other infections and diseases.”

Dr. Garcia emphasizes that dealing with a root canal is not the same for every person:“For an individual with a history of root canals and one or more chronic diseases, the best way to proceed would be to extract the infected tooth and replace it with either a metal-free partial removable denture (a “partial”), a metal-free bridge, or a metal- free dental implant.”

Zirconium implants are a much better safer option than other implants because zirconium is more biocompatible than other materials such as titanium and even ceramic. When zirconium oxidizes, it is non-toxic and has a greater compatibility.

Dentist and nutritional pioneer Weston A. Price was adamant in the 1930’s and 40’s about the associated dangers with root canals.

Metal from amalgams, crowns and implants are dangerous in other ways besides being potentially toxic. When your saliva mixes with these metals, your mouth literally becomes a charged battery. In holistic dentistry this is called “Galvanic Toxicity”. This form of electro-toxicity can result in numerous organ and glandular weaknesses, as well as the overstimulation of the brain and nervous system.

There are established connections between various organs and glands through the tooth meridians. One profound story showing how metal around certain teeth can cause major interference in other places in the body is the story of William Wolcott’s trip to the dentist’s office.

In it he shows how his sudden development of hypoglycemia was caused directly by a metal implant around one of his molars. For 1 year he struggled with unexplained hypoglyemia. Upon removing the metal around the tooth, his symptoms vanished. The tooth was directly correlated to the pancreas, the gland/organ responsible for insulin secretion.

Gum health is yet another component to overall health. Infected gums are another major source of insidious toxicity. Like in root canals, the bacteria produced by gum infections can cause huge amounts of bacteria in the blood and lymphatic tissue. Many cancer and MS patients who have a ‘dirty mouth’ would benefit tremendously by cleaning up their gums throiugh good nutrition and intensive probiotic therapy.

Weston Price was the first modern dentist to posit a connection between dental health and the connection to disease and degeneration. He is the author of one of the most important books on nutrition ever written, “Nutrition and Phyical Degeneration”, 1939. In his book, Dr. Price clearly showed the connection between dental health and physical degeneration. He studied the health and diets of numerous indigenous cultures from around the world as well as lived with numerous cultures that adopted modern, junk food habits.

He found that those cultures who had maintained their ancestral diets were virtually free of any diseases. Those cultures who had adopted modern day eating practices consisting of white bread, sugar and canned foods displayed deformed dental health, as well as narrow dental arches and underdeveloped mandibles.

I still consider Weston Price’s work to be epic.

Melvin page was a brilliant dentist who had made significant discoveries regarding the role of calcium and phosphorous in dental and human health. Page also identified significant factors related to the autonomic nervous system and the endocrine system in human health. He was the author of numerous books including “Degeneration Regeneration”, “Health Versus Disease” “Young Minds with Old Bodies” and “Body Chemistry in Health and Disease”.

William Donald Kelley is known as “the father of Metabolic Typing”. He cured himself of stage IV pancreatic cancer and went on to become one of the world’s leading alternative cancer doctors of the 1970’s and 80’s. He was the author of several books including “One Answer to Cancer” and “Cancer: Curing the Incurable Without Surgery, Chemotherapy”.

Hal Huggins continues to make his mark in the field of alternative health and biological dentistry by informing the public on the numerous dangers of conventional dentistry. Huggins is the author of two excellent books: “It’s All in Your Head” and “Uninformed Consent”.

Harold Kristal made a major contribution to the schools of metabolic Typing with his book “The Nutrition Solution: A Guide to Your Metabolic Type”.

Both Lina Garcia and Christopher Hussar are leading biological dentists practicing in the United States who teach about the many dangers of conventional dentistry.