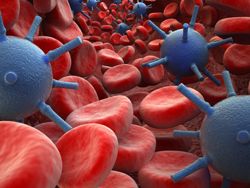 This powerful enzyme system is so vital for human physiology, your body is in a dire state when its production gets reduced. Pharmacology has been studying ways to reduce or minimize its power because cytochrome P450 neutralizes many thousands of chemicals and the drugs made from them. The human body was not meant for the ingestion of xenobiotic forms of toxicity such as pharmaceuticals, and the evidence lies in the fact that cytochrome p450 powerfully neutralizes them.

This critical enzyme system may be deficient in people who do not consume adequate dietary protein and those with high degrees of toxicity. In the epithelial lining of the GI tract, deficiencies in cytochrome P-450 are found in patients with colon tumors as well as those with pathology.

More than 900 pharmaceutical drugs are responsible for liver toxicity. In addition, many drugs inhibit the cytochrome P450 enzymes and can cause further damage to the liver. As many as 90% of cancers are suspected to be due to environmental carcinogens.

Excesses of xenobiotic toxicity can cause an over-utilization of the cytochrome P450 enzymes, and can result in dangerous free radicals.

Does your body produce sufficient amounts of the Cytochrome P450 enzymes? Genetics, toxicity, health all play into the equation. Reduce exposure to toxic substances such as heavy metals and chemicals.

The environment is loaded with thousands of chemicals, metals and carcinogens. Eat a diet that is compatible with your type of metabolism, and eat sufficient protein that is suited for your metabolic type.