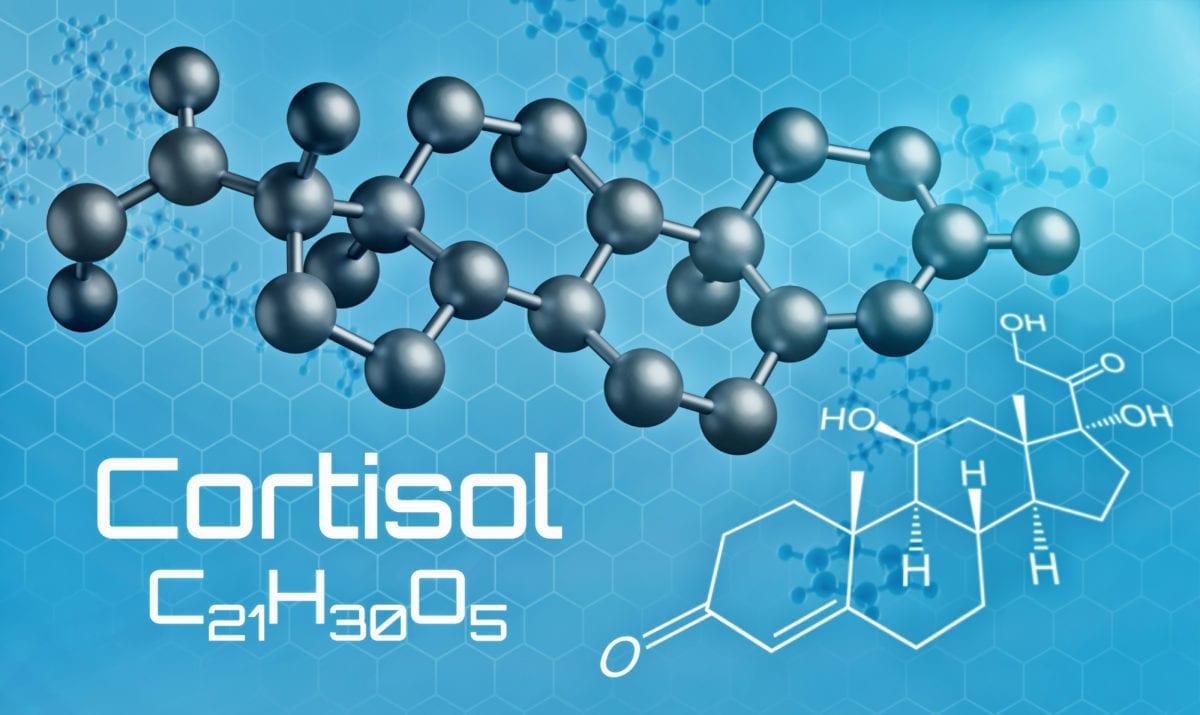 The label “adrenal fatigue” has been debated and deconstructed, endlessly for decades. Adrenal fatigue, or adrenal burnout is a term used by alternative healthcare practitioners as an attempt to make sense of an array of symptoms pertaining to fatigue, exhaustion, and everything that is associated with those symptoms. Practitioners utilize various cortisol hormone tests, as a means to identifying “adrenal fatigue”. A different scenario of adrenal-related concerns has emerged: the significance of CYP21a2, the gene that directly makes cortisol, and its role within the gene cluster RCCX, located on chromosome 6. This information is useful to help better understand and redefine the associated symptoms of “adrenal fatigue”, and to elucidate the role of cortisol in the central nervous system and in complex illness.

While many types of practitioners and patients alike continue to cling to the term “adrenal fatigue”, the conventional medical system has, for years failed to recognize “adrenal fatigue” as an actual diagnosis. Many evidence-based and functional medicine practitioners have attempted to redefine “adrenal fatigue” and the associated symptoms through terms such as “HPA axis dysfunction”. The role that cortisol plays throughout the body, and in the stress response process is significant and well defined. The adrenal fatigue debate has centered on cortisol as being the main hormone that defines the fatigue-related symptoms. Diagnostic testing such as blood, saliva and urine seeks to provide evidence for how cortisol is associated with various symptoms.

What conventional and alternative practitioners have failed to recognize is that the gene that makes cortisol, known as CYP21a2 sits in the middle of one of the most complex regions within the human genome. This genetic region known as RCCX is highly prone to genomic instability and great variability. The genes which comprise the RCCX cluster code for enzymes and proteins which substantially influence danger signaling, innate immune defenses, synaptic pruning, the stress response, and the integrity of the extracellular matrix. Variations of the RCCX region are significantly associated with a large assortment of diseases, according to a vast amount of published literature.

RCCX is a type of a gene region known as a copy number variation (CNV). CNV’s are a genetic phenomenon, in which sections of a genome create duplications, repeats of genes, as well as deletions. To give perspective on CNV’s, consider that only 4.8-9.5% of the human genome is comprised of CNV’s. CNV’s can lead to genomic instabilities of varying types, and it is for this reason they are strongly linked to many different diseases. To be clear, when discussing the problems of RCCX and CNV’s, we aren’t looking at only singular nucleotide polymorphisms (SNP’s). We are looking at genetic events such as: non-allelic homologous recombination (NAHR), unequal crossover, intergenic recombination, the presence of retroviral elements situated inside of the constituent genes, and altercations to gene expression caused by copy number events. What this means is that standard SNP (singular nucleotide polymorphism) testing cannot identify the various RCCX genotypes. RCCX anomalies is not something you can have tested through 23andme, or for that matter any commercially available genetic test.

CYP21a2, which resides within the RCCX region codes for the enzyme 21-hydroxylase. This enzyme is located to the endoplasmic reticulum, and converts 17-hydroxyprogesterone into cortisol and aldosterone, respectively. Genetic variations of CYP21a2 are a known cause of mild, moderate and severe forms of 21-hydroxylase deficiency. The disease most associated with 21-hydroxylase deficiency is CAH (congenital adrenal hyperplasia). This usually results in a deficiency of cortisol and aldosterone, and a consequent overproduction of androgenic hormones.

While full blown 21-hydroxylase deficiency is considered a rare genetic disease, mild forms of 21-hydroxylase deficiency are known to be more common. Individuals with CAH have shown to have abnormal limbic brain volume, specifically reduction in the size of the amygdala (1). This may lead to emotional processing disturbances, due to the role of the amygdala in processing emotions such as fear and danger.

The CYP21a2 gene has been described as one of the most variable genes within human DNA. At least 151 different haplotypes of CYP21a2 have been identified (2, 3). 116 of these have been found within intron 2 of the CYP21a2 gene (3), and 35 additional haplotypes have been identified in additional studies (2). While CAH and haploinsufficiency (when enough of the functional enzyme is not produced from the gene) often result in significantly decreased cortisol and aldosterone, this is actually not always the case. Heterozygous carriers of CYP21a2 CAH mutations have shown to exhibit a hypercortisol response (2). Different CYP21a2 genotypes have shown to have varying levels of circulating cortisol and aldosterone, including elevated values following ACTH stimulation. The point here is that variations of CYP21a2 do not necessarily result in a decrease in cortisol and aldosterone. Various CYP21a2 haplotypes will experience differing responses to stress and danger, leading to complex interactions between the immune and nervous systems.

As part of the copy number variation cluster, CYP21a2 can form a pseudogene known as CYP21a1p. This pseudogene exists within the RCCX region, but is inactive due to mutations contained within the gene’s coding region. However, it has been shown that these mutations can be transferred to the functional CYP21a2 gene, leading to intergenic recombination during cell division. These are considered the main genetic events that lead to CAH and subsequent 21-hydroxylase deficiency (11). How the CYP21a1p pseudogene plays out in other diseases is not well studied, but is likely significant for understanding CYP21a2 gene function.

Situated next to CYP21a2 on the RCCX cluster is the gene C4. C4 has two isoforms, C4a and C4b. Situated within the gene’s 9th intron is the human endogenous retrovirus HERV-K. The presence of retroviruses within gene regions is known to cause deletions and mutations to nearby genes, as well as to become reactivated (through reverse transcription) during certain inflammatory, danger signaling processes. The C4 gene’s main functions are in the innate immune system’s complement pathways, as well as in the process of neuronal maintenance through synaptic pruning. Haplotyes of C4 are strongly linked to many diseases, including autoimmune disease, autism and schizophrenia.

Confounding matters is that the neighboring C4b gene influences the function of CYP21a2. Recently I reported that C4b deficiency is strongly linked to autism, (with 2 studies reporting around 40% association) and associated problems of synaptic pruning. Deletions and low copy number of C4b has been shown to result in hyper-reactivity of the HPA axis through its modulation of neighboring CYP21a2 (4). This may be significant among patients with low or deleted C4b alleles, as it implicates this genotype with elevated HPA axis function and cortisol.

If you or family members have any of these conditions, you should consider investigating the involvement of CYP21a2, cortisol and RCCX variations, due to the associations with C4b deletions. C4b deletions have been observed in the following populations:

Cortisol has known effects on different brain regions, and plays critical binary roles during states of perceived danger and inflammation, as well as in growth and development. The CNS is rich in cortisol receptors, and exist within resident microglial cells, macrophages, and within brain regions such as the amygdala, the hippocampus and hypothalamus.

CAH (congenital adrenal hyperplasia) caused by CYP21a2 deletion has been observed to result in decreased volume of the amygdala (9), and shown to be associated with emotional processing disorders.

The production of cortisol is not localized to the adrenal cortex alone. CYP21a2 mRNA has been identified in numerous tissues through the CNS. This includes: the amygdala, the caudette nucleus, corpus callosum, thalamus, hippocampus, cerebellum and spinal chord (10). CYP21a2 mRNA has also been identified in the liver (10). These findings are significant because it implicates localized cortisol response independent of the adrenal cortex. It is now established that the release of cortisol can occur independently of the HPA axis, through purinergic signaling (12).

It would stand to reason that the 151 genetic CYP21a2 haplotypes will experience varying types of cortisol responses in the CNS, which would necessarily influence complex disease in many ways. The ability to over-produce or under-produce cortisol in the brain and CNS would lead to changes to inflammatory and immune activities and tissue pH.

C4b haplotypes who experience increased cortisol response may be at an increase risk of neuronal damage. Neural damage in the hypothalamus is known to occur following excessive glucocorticoid exposure. In the case of the C4b haplotype (including at least autism and schizophrenia), excessive and prolonged cortisol in the CNS will damage neurons, and likely have inhibitory effects on neural growth processes. Because of the inextricable 3-way relationship between C4, CYP21a2 and neural functions, it would stand that certain RCCX haplotypes are predisposed towards undesirable events leading to problems in pruning, neural growth and development issues and emotional and sensory processing disturbances.

Because the neighboring C4 gene has been shown to be one of the most important genes in the CNS to regulate neuronal function (not to mention complement immune functions), the relationship between its neighboring CYP21a2 gene deserves deeper attention with respect to functions in the CNS.

Sharon Meglathery, MD, a pioneer of RCCX comorbidities has stated that CYP21a2 variations may be the “diathesis” of psychiatric and mental illness. Based upon the evidence I would agree with her statement, but would add that because the neighboring C4 gene attenuates synaptic pruning of axon terminals in the CNS, and that both genes affect each other, there isn’t a way to separate them from discussion, they are inextricably linked through the RCCX module. Therefore, new lines of thinking about neuropsychiatric illness should involve haplotype of CYP21a2 and its C4 neighbor.

While its clear that the role of cortisol in various diseases will continue to be studied, these discussions cannot ignore the highly unstable RCCX gene region, and its constituent cortisol-producing CYP21a2 gene. By understanding the diverse haplotype groups of CYP21a2, as well as its relationships to nearby RCCX genes, new models of studying complex diseases should evolve from this research.