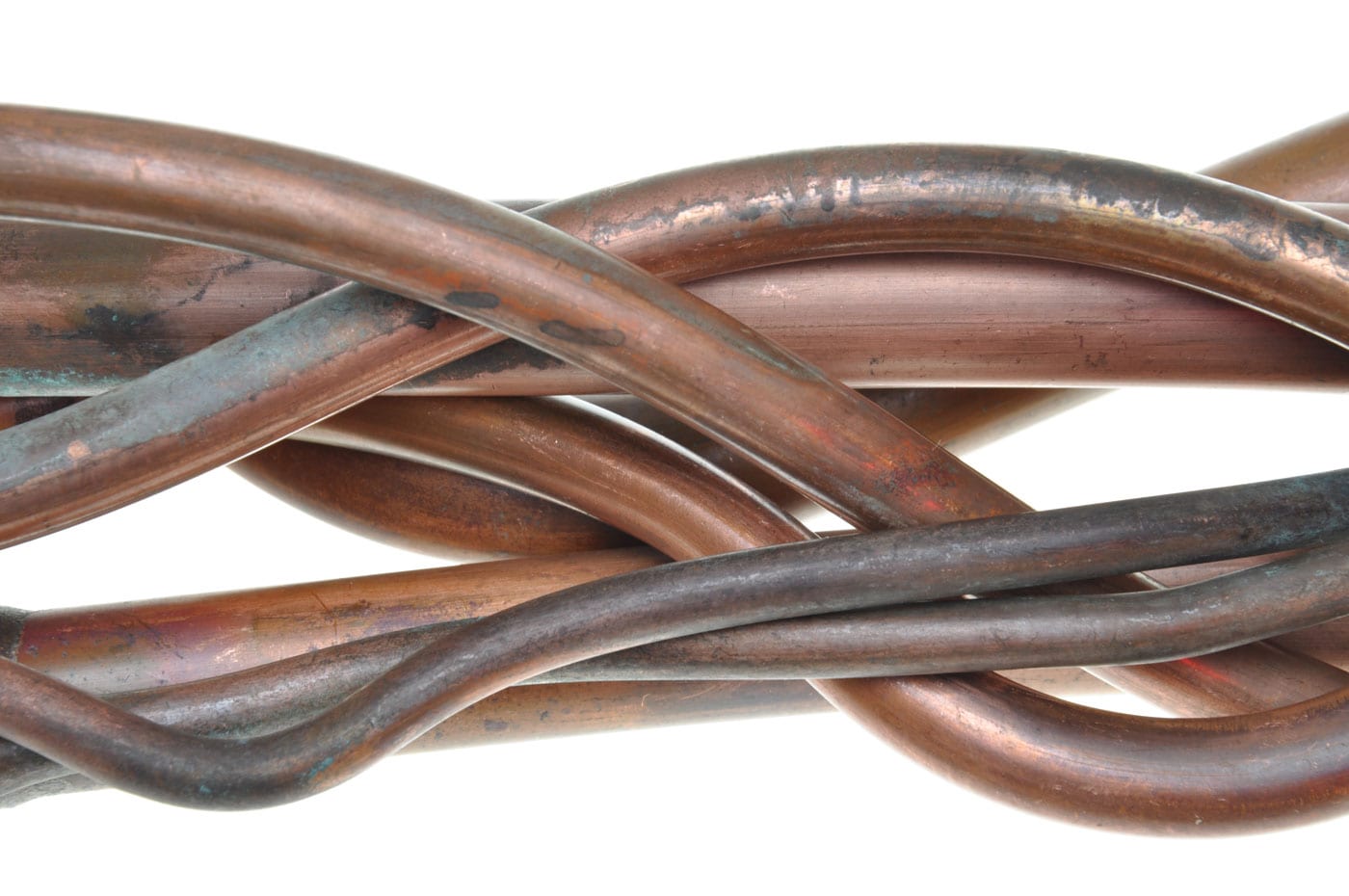 Copper toxicity is a central factor in many of today’s modern disease epidemics including: cancer, Alzheimer’s, Parkinson’s, schizophrenia, OCD, ADD, rheumatoid arthritis, cardiovascular disease. Copper toxicity is even a major player in women’s health issues such as estrogen dominance,  candida overgrowth, and PMS. While copper toxicity is a major cause for concern, it is something that can be effectively dealt with by powerful nutritional therapies.

Copper: What You Don’t Know May Be Making You Very Sick

Before I get into the many problems associated with copper toxicity, lets talk about what copper does in the body. Copper is an essential trace element and it has many important roles in the body. These include:

Copper is necessary for biological functions. In order for the body to use copper, however, it must be bound to a transport protein. More than 95% of the copper in the blood plasma is bound to a protein known as ceruloplasmin.

In addition to its role as a major copper-carrying protein, ceruloplasmin is also essential in iron metabolism. Ceruloplasmin is a protein encoded by the CP gene. A deficiency of ceruloplasmin is known as aceruloplasminemia, and this issue crops up quite a bit with copper toxicity-related conditions. Another copper-iron protein known as hephaestin is believed to mediate copper transport as well.

A deficiency of ceruloplasmin is strongly associated with copper toxicity. If left free and unbound, copper becomes a powerful free radical, resulting in oxidative stress, cell and tissue destruction, neurological degeneration, and a list of health-related issues.

Among its many harmful effects, copper toxicity is associated with numerous neurological inflammatory conditions.

An important study in the quest towards understanding Alzheimer’s Disease was published in 2013. Researchers from the Proceedings of the National Academy of Sciences found that copper toxicity plays an important role in Alzheimer’s disease development:

“It is clear that, over time, copper’s cumulative effect is to impair the systems by which amyloid beta is removed from the brain (-Rashid Deane, Ph.D).”

The study also found that the cumulative effect of copper caused a degeneration of the blood brain barrier in the lab mice used in the study.

While studies have directly linked copper toxicity to Alzheimer’s brain degeneration, it is significant to address that glutathione and metallothionein expression have both been found decreased in those with Alzheimer’s. Without these essential metal-capturing antioxidants, copper (and other metals like mercury) will accumulate in brain and neuronal tissues.

Copper toxicity and deranged ceruloplasmin metabolism are strongly implicated in neurological and psychiatric conditions such as OCD and schizophrenia. A 2008 study found a direct association between elevated ceruloplasmin and OCD (obsessive compulsive disorder) (6). Unfortunately, the study did not look at concomitant serum copper values, which would have established the probable cause of elevated ceruloplasmin, i.e. high copper causing an increased production of the copper-carrying protein ceruloplasmin.

A likely mechanism behind copper’s psychological and neurological effects is its induction of dopaminergic activity. Dopamine is a neurotransmitter that is often referred to as the ‘feel good’ neurotransmitter. However, dopamine is converted into the excitatory neurotransmitter norepinephrine, and copper is a major co-factor for this conversion.

Research has found that norepinephrine levels are elevated in the cerebrospinal fluid (2), as well as in certain regions of the brain (3) among paranoid schizophrenics.

Parkinson’s Disease features neurodegeneration, impaired motor function and dopamine neuronal damage. α-synuclein is a key protein that is expressed, and aggregates in the central nervous system among those with Parkinson’s. The Neuronal damage caused by α-synuclein is accelerated by numerous toxic metals, and the existing literature demonstrates that copper increases α-synuclein aggregation more than any other metal (10), (11).

Wilson’s Disease is a condition that involves toxic copper accumulation due to genetic mutations of the ATP7B copper transport gene. As a result, copper cannot effectively bind to ceruloplasmin (the copper-carrying protein that transports 95% of total copper in the body). Wilson’s induces numerous types of movement-deranged symptoms, similar to those of Parkinson’s. If left untreated, Wilson’s disease can result in severe liver damage known as hepatic cirrhosis, as well as damage to the basal ganglia of the brain.

Research has shown that oral copper depletion therapy is highly effective at restoring health among those with Wilson’s (12).

Pyroluria is a condition that has also been known as KPU, kryptopyroluria and Hydroxyhemopyrrolin-2-one and  HPL. Pyrlouria was first identified by Abram Hoffer, MD, PhD several decades ago. Pyroluria is often found among those with neurological inflammation and symptoms such as: behavior disorders, schizophrenia, Lyme disease and OCD.

Pyroluria appears to be genetic, and in some instances is induced by severe levels of oxidative stress. Pyroluria causes an over-production of pyrroles, and as such causes rapid depletion of Vitamin B-6 and zinc levels. As zinc values are depleted, copper levels accumulate. This is likely due to the fact that copper and zinc are antagonists, and zinc is essential for the formation of metallothionein, a protein/antioxidant that binds to free copper ions.

Deranged copper metabolism has been found among various types of cancer such as: breast, brain, ovarian, bladder, gastric, lung, prostate and colon (17). One of the core causes between copper and cancer is due to copper’s role in angiogenesis, the formation of blood vessels. Angiogenesis is a key characteristic in cancer formation and metastasis, linking cancer tissue to the host’s blood supply. Highly vascularized tumors require copper as a core nutrient for tumor growth. Additional research supports the hypothesis that copper is also essential for cancer cell migration, which results in eventual metastasis.

Recent literature has found that the copper-depletion drug Tetra­thiomolybdate significantly reduced the recurrence of breast cancer among women with a high risk relapse (18). In 2007, the same copper-depleting drug was studied in squamous cell carcinoma, where it was found highly effective at preventing cancer formation to the head and neck.

Another depleting drug D-penicillamine, has shown to be cytotoxic to leukemia and breast cancer cells (19).

The evidence suggests that copper toxicity and deranged copper metabolism is characteristic among numerous types of cancer, and that copper depletion appears to be highly beneficial for preventing cancer growth and metastasis.

The use of all types of birth control medications raise serum copper levels (21). This includes both estrogen and progesterone-based contraceptives. While it is known that certain estrogens possess carcinogenic and genotoxic activities, research has found that copper increases estrogen’s genotoxic effects (22).

Studies have found direct correlations between PMS (premenstrual syndrome), low zinc and high copper. This imbalance is specifically expressive during the luteal phase of the cycle (23) (24), when PMS symptoms occur.

Candida overgrowth is a very common, proliferative symptom. Candida is a yeast that exists in small amounts in the intestines. When conditions are ripe, candida can proliferate, where it disrupts the intestinal flora balance, increases GI toxicity, as well as causes secondary symptoms that may be related to: skin outbreaks and itchy rashes, brain fog, and systemic toxicity.

Research has found that candida requires copper for its proliferation (25). Often times, the trace mineral molybdenum is given to increase the detoxification of the acetaldehydes that are produced by candida species. Curiously, molybdenum is a powerful copper antagonist.

Based upon all of the existing data, research and literature, there can be multiple causes of copper toxicity.

Testing copper should always involve testing zinc status as well, because of the close, antagonistic relationship between zinc and copper. Additionally, I have found that the concomitant testing of hair zinc and copper, with serum/plasma zinc and copper is highly beneficial. This is because the hair shows one pathway of excretion of these minerals over 3-4 months. Whereas the serum and plasma values are reflective of day to day activities, and exist in circulation. So both the hair and blood tests together are ideal.

If someone is dealing with a known copper toxicity, a known or suspected copper toxicity-based genetic condition, then the regular testing of ceruloplasmin (the primary copper-carrying protein) with hair and blood zinc/copper tests is extremely warranted.

Each of these tests are relatively inexpensive, and yet can provide tremendous data regarding copper toxicity and zinc deficiencies. Please contact us to learn more about Copper Toxicity Self Screening tests.

There are no “one size fits all” approaches. So therefore it is best to consult with a knowledgeable and experienced practitioner when dealing with copper toxicity. The following nutrients can be classified as very important in terms of copper toxicity.

What is essential to first understand is that taking high doses of any one nutrient isolate has the capability of altering other important nutrients in the body. This is because all nutrients exist in relationship. Some of these relationships are closer among certain nutrients. It is important to understand that if one has copper toxicity, taking too many copper antagonists can actually result in a copper deficiency. This may be a very bad idea in some cases. Again, I need to emphasize the importance of consulting with an experienced practitioner in these regards.

The following nutrients are primarily used to antagonize copper:

The following nutrients have been shown to protect against copper-induced oxidative damage:

In summary, copper toxicity is a major cause of concern, and is likely a key player in many of today’s major disease epidemics. Zinc and copper screening tests are an extremely inexpensive yet powerful way to monitor zinc and copper status. Individualized nutritional therapies offer powerfully protective strategies from copper toxicity.