Cholesterol: Among The Most Vital Lipids The Body Produces 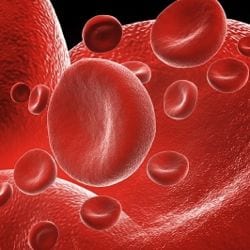 Cholesterol is among the most vital lipids inside of the human body. Its denigration by conventional mainstream dogma over the past several decades defies the actual science that flies in the face of cholesterol’s debased reputation. Not only is there no such thing whatsoever as “good” and “bad” cholesterol, both LDL (the so called “bad) and HDL (the so called “good”) cholesterol are not even cholesterol, they are lipoproteins, transport mechanisms for cholesterol. Efforts to reduce the body’s production of cholesterol and its adjacent lipoproteins, whether through medical intervention, or through nutritional intervention, may have very serious repercussions for one’s health.

The overwhelming majority of cholesterol in the blood is manufactured by the liver and is not derived from dietary sources of cholesterol.

Many doctors and researchers have declared LDL to be the so called “bad cholesterol”. First, LDL is not cholesterol at all. LDL transports cholesterol from the liver where it is made to the peripheral tissues where it is used for all of its necessary purposes. LDL transports much more than just cholesterol. LDL also transports essential antioxidants such as Vitamins A, E, D, K, Coenzyme Q10, alpha lipoic acid, as well as phospholipids and various fatty acids.

The current attention in medical research has shifted away from cholesterol per se, and instead has focused on “oxidized” LDL particles as being a cause in vascular inflammation. The term “oxidized LDL” introduces an entirely different discussion. The increase in “oxidation” of certain molecules is reflective of oxidative stress and free radical formation, which inflames and degrades tissues.

Additionally, recommending statin drugs without concomitantly supplementing with CoQ10 is a very dangerous move, particularly because CoQ10 synthesis will be inhibited when the statin drug blocks a key enzyme in Coenzyme A synthesis. It is well established that CoQ10 plays a pivotal role in the health of the cardiovascular system, and with all cells.

Increased blood glucose and hyperinsulinism will likely contribute to an increase in oxidative stress as well. The literature has reported extensively on the inflammation induced by glycation. Glycation is the covalent bonding of a sugar molecule with a protein or lipid molecule. This is why normalizing one’s glucose and insulin levels is one of the single most important strategies that exists for preventing vascular risks from developing.

There can be reasons why LDL levels may increase on a blood test, which don’t have to do with inflammation, glycation or oxidative stress. For example:

Your Body Cannot Function Without Cholesterol

Among cholesterol’s most essential functions, is its presence in all of the trillions of cell membranes of the body. What is it doing there? It is one of the primary structural components of the membrane of a cell. Without adequate cholesterol, cells will break apart due to a lack of integrity.

In addition to this, all of the steroidal hormones of the body are synthesized from cholesterol. This includes cortisol and corticosteroids, DHEA, the estrogens, testosterone, progesterone, aldosterone, and the master steroidal hormone, pregnenolone. Cholesterol is the precursor to all of these hormones. It is no surprise that some of the many symptoms associated with taking cholesterol-lowering medications are: fatigue, muscle wasting, loss of sex drive and adrenal fatigue.

In addition to this, it is the circulating LDL particles (the so called “bad” cholesterol) that are what deliver cholesterol to the hormone receptor sites of cells.

Cholesterol is the raw material for bile. Bile is an essential water-based substance made by the liver that is necessary for the digestion of fats, fat-soluble vitamins such as A, D, E, K and carotenoids. In addition to this, bile contains conjugated toxins such as the environmental chemicals and toxic metals such as mercury and lead that have been filtered by the liver. Bile is produced as the end result of phase 1 and 2 liver detoxification. Inadequate cholesterol production by the liver and inadequate bile production is indicative of a toxic, over-burdened liver, and an over-all high toxic body burden.

A deficiency in bile will necessarily result in poor assimilation of fat and fat soluble vitamins. In addition to this, bile salts have the responsibility of alkalizing the hydrochloric acid and bolus (partially digested and acidified food) that enters into the duodenum from the stomach. In many instances, a bile insufficiency can produce many symptoms associated with acid reflux, GERD and acid indigestion.

Inadequate levels of bile can damage the normal digestive functions of the body and can prevent the body from detoxifying the thousands of environmental toxins that are often found in high amounts in the average person’s body.

Among its many primary roles in the body, cholesterol in the tissues is a powerful anabolic lipid, effectively preventing the formation of harmful and destructive free radicals generated when certain immune cell-produced conjugated fatty acids (such as leukotriene) are produced through catalytic mechanisms.

Leukotrienes are among the most virulent and pathological fatty acids that are generated by immune cells. They are produced via the 5-LOX (lipoxygenase) pathway, via arachadonic acid. It is critical to point out that leukotrienes are a primary factor in creating inflammatory processes. Adequate levels of cholesterol  is a powerful anti-inflammatory, effectively neutralizing the catalytic conversions of arachadonic acid before the formation of pro-inflammatory lipids such as leukotrienes and certain prostaglandins.

Cholesterol is not actually measured on a blood test. Only the lipo-proteins are measured, and the sum of which is called “total cholesterol”. Even if cholesterol was measured on a blood test, its clinical value comes into question, at least when looking at the actual results at face value. A very important factor is that cholesterol is only active and usable when it is free and unbound. Since the cholesterol in the blood is mostly lipo-protein-bound, it isn’t free to be used, and therefore is not reflective of what the cells are actually using.

The Conventional View Of Cholesterol Is In Error

Heart disease is found among people with high, low, and normal total serum cholesterol! Elevations in LDL and total cholesterol values are very often indicative of the body’s need for more of it in cells and tissues. Remember that it is LDL that sends cholesterol out to the various locations in the body so that cholesterol can perform its many critical functions. Rather than attempting to lower or inhibit cholesterol values, investigating why cholesterol is elevated is of greater importance. Because it is this investigation that leads to deeper inquiries into the body’s functionality, such as:

Conventional medicine and conventional nutrition is by nature allopathic, only addressing the level of the symptom, and failing to address causation or the many potential layers of dysfunction, which when investigated can reveal the breakdown of normal physiological homeostasis.