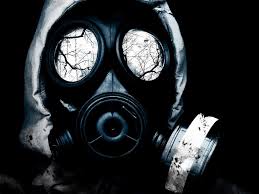 Over the catastrophic series of events that have taken place in Japan over the past 5 days, I have been attempting to pull together as much relevant information as possible. My thoughts and prayers go out to the citizens of Japan, whose health and safety are inevitably tied to the eventual outcome of the status of the Fukushima power plant.

Much of my recent attention has been directed towards the radioactive contamination that is imminent due to the leaking which has occurred and has continued to escalate.

There has been increasing concern that trade winds could blow radioactive clouds to the U.S. mainland, inundating the west coast. Official feedback from U.S. government agencies indicate that such a risk is unlikely. However, several independent sources believe that a risk of U.S. contamination is plausible especially if a total meltdown is seen in the Fukushima plant.

“If a full meltdown occurs at the Japanese plant, the health risks become much greater with potential release of uranium and plutonium”, said Dan Sprau, an environmental health professor and radiation safety expert at East Carolina University in Greenville, N.C.

“If that escapes,” Sprau said, “you’ve got a whole new ball game there.”

At the time this article is written, total meltdown of the Fukushima plant has not occurred. However AP and Reuters are reporting that the incident is “spiraling out of control” and there is no prediction as to the potential events that may develop in the coming days.

Hope for the best, expect the worst?

Having recently returned from southern California, I have seen how the sale and demand for potassium iodide has been astronomically high in health food stores from Los Angeles to Santa Cruz. Each store I have gone to has zero remaining in stock.

Potassium iodide is a form of iodine, which is recommended to be taken at high doses prior to exposure to radiation. This form of iodine protects the thyroid gland from the radioactive form of iodine called Iodine-131.

Potassium iodide does NOT protect other glands of the body however from the harmful effects of radioactive iodine.  It also does not protect the body from other forms of radiation such as radioactive strontium and cesium. Potassium iodide can be useful for up to 6 hours prior to exposure. However because radioactive iodine is taken up immediately once inhaled, there is no benefit from taking it if one is exposed after the 6 hours window.

What Should We Do?

If there is a risk for exposure to the U.S. mainland, it would likely effect the Pacific Northwest first. The jet stream would likely arrive on the 17th of March. The rest of the California coast also would appear to be in that initial cloud cover.

It is important to recognize that Japan is approximately 5,000 miles from the U.S. If radioactive fallout made its way to the U.S., it would likely not be substantial, at least at this stage of the game. Again, if a total meltdown occurs, there’s no telling what will happen. While the radioactive fallout is substantially high for the surrounding vicinity of Fukushima, wind, rain and distance will prevent much of the initial fallout from reaching the U.S. mainland.

I would still recommend taking precaution, especially if you live on the west coast. In an adjacent article to this one, I will be detailing a plan for improving the body’s detoxification capacity during times of radiation exposure.

This extends beyond potassium iodide pills.