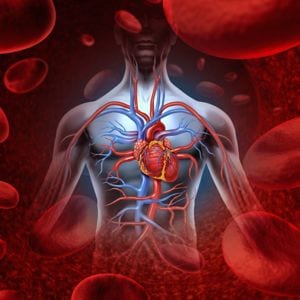 This article is about paraoxonase, a vitally important antioxidant that plays a crucial role in cardiovascular health. There is a compendium of literature I have amassed regarding this critical antioxidant, and I am sharing much of that data here.

Paraoxonase is an antioxidant that is produced by the liver. It has 2 distinct and important functions:

Paraoxonase’s antioxidant activity has profound and far-reaching effects for those suffering from, and those at a high risk for cardiovascular disease. Additionally, the discussion of paraoxonase brings us back full circle to the importance of good nutrition practices, and the influences of heritable genetics, environmental toxicity and epigenetics upon our health.

The terms “good and bad cholesterol” are often used to describe HDL and LDL. I believe that this simplified label is a gross misrepresentation, which stems from the reductionist thinking of a complex and multi-factorial health condition.

HDL is the reverse transport carrier of cholesterol from theses tissues, bringing it back to the liver. Besides carrying cholesterol, HDL also carries other known proteins and lipids, which yield certain antioxidant effects.

A considerable trend of scientific literature over the past decade has focused on the “quality” of LDL particles, versus “quantity”. What this means is that the focus is on how resilient to oxidation an LDL particle is, rather than how much LDL there is, or even how low of a density it has.

It is now well established that “Oxidized LDL” is a major cause of atherosclerotic plaque. The term oxidized LDL is not necessarily synonymous with any of the following labels: “total LDL” “low LDL”, “normal LDL” or “High LDL”. Oxidized LDL refers to the chemical change the LDL particle undergoes, which makes it potentially toxic and atherogenic.

What is important to understand is that the discussion of plaque formation is centrally focused upon the oxidation of low density lipo-protein, not necessarily cholesterol. Cholesterol is inappropriately blamed as being “plaque forming”, when it is in fact the oxidation of LDL (the lipid-protein carrier of cholesterol) that is the bigger issue.

The all important question still remains: what are the major factors that causes LDL to oxidize?

As one begins to dive down the rabbit hole of research, one finds that the above question is more like a riddle, than a question with a simple answer. The answer is likely highly multi-factorial, and involving a literal sea of causative and compounding factors. These multitude of factors, however can likely be viewed in a categorical manner, and categorized into the following:

What about the notorious saturated fats? Using data from the Sydney Heart Study, a significant study published in the British Medical Journal has identified the effect when saturated fats are replaced with linoleic acid-based vegetable oils among patients with heart disease (13).  The authors stated:

“In this evaluation of data from the SDHS, selectively increasing the n-6 PUFA LA from safflower oil and safflower polyunsaturated margarine increased rates of death from cardiovascular disease, coronary heart disease, and all cause mortality compared with a control diet rich in SFA from animal fats …”

Why are linoleic acid-containing oils so toxic? Polyunsaturated fatty acids (PUFAs) are extremely reactive lipids. Containing 2 or more electron-rich double bonds, the PUFAs are extremely prone to peroxidation and the formation of reactive oxygen species. This is especially true under heat, oxygen exposure and pressure. On the contrary, saturated fatty acids are stable lipids, and do not contain more than 1 double bond.

Linoleic acid in vegetable oil will not only oxidize rapidly on your stove top, it will do so in your body, within the arteries themselves. Two of the most toxic lipids of which oxidized LDL are primarily comprised, are actually byproducts of linoleic acid, 9-HODE and 13-HODE (3, 17).

Of further interest, research has identified that polyunsaturated fatty acids have an overall greater effect at increasing cell membrane permeability, compared to saturated and monounsaturated fats (18). This is significant because cells with an increased permeability are more susceptible to the threat of free radicals and lipid peroxidation. One can make a strong argument that the notorious saturated fats actually possess potent antioxidant activities. It is certainly correct that vitamin antioxidants are found in high concentrations in saturated fatty acids. This is particularly true of: Vitamins A, D, E, K and CoQ10.

Additionally, research has found that oxidized fats, formed from deep frying PUFA vegetable oils in fast food restaurants significantly and rapidly causes a decline in paraoxonase levels (22). Paraoxonase is an important antioxidant that removes and prevents the formation of oxidized LDL. Decreases in paraoxonase is understood to be a major factor in atherosclerosis.

HDL (high density lipo-protein) possesses strong antioxidant effects. Several years ago, one of these primary HDL antioxidants was identified. It is known as paraoxonase.

Paraoxonase is capable of preventing the oxidation of LDL, as well as removing oxidized LDL particles, which are atherogenic (1, 2). Additionally, the paraoxonase found in HDL particles prevents oxidant damage to HDL itself.

Paraoxonase levels are largely influenced by a number of important factors:

Many of the paraoxonase-promoting compounds are found abundantly in foods such as: pomegranate, grapefruit, onions, grapes, green tea, and other fruits and vegetables.

Cardiovascular disease can become a major result of type 2 diabetes. It turns out that paraoxonase may play a key role at regulating blood sugar as well. Research performed on rats have found paraoxonase plays an important role on glucose uptake via GLUT4 regulation (24). Increases in paraoxonase has also shown the ability to reduce oxidative stress in diabetic mice (25).

Additional research has found that the autoimmune condition lupus tends to feature low levels of paraoxonase.

There are 3 major classes of paraoxonase genes: PON1, PON2 & PON3. According to current evidence, the genetic mutations in PON1 and PON3 tend to yield the greatest effect on serum paraoxonase levels (26).

The PON1 C107T genetic variant has been shown to correlate directly with serum HDL (high density lipo-protein) levels (27). This means if you have a mutation in PON1 C107T, your HDL levels may tend to be low. Remember that the prevention and removal of oxidized LDL is a very important process in the prevention of atherosclerotic plaque formation, and the HDL paraoxonase activity is a key player here.

A gene mutation in  these PON1 or PON2 variants, may indicate a decreased ability to produce sufficient paraoxonase. Consequently, these heritable risk factors should be viewed in concert with dietary and environmental influences on paraoxonase. You cannot change your inherited genetics, however, you do have the ability to influence your gene expression through diet, toxicity and environmental influences.

If you do have one of these genetic variants, increasing paraoxonase-promoting foods from the list provided above may be very important in order to sustain adequate paraoxonase. Additionally, consider the importance of the avoidance of paraoxonase-inhibiting factors.

Consider the overall importance of promoting paraoxonase levels, especially if you suffer from heart disease, or at a high risk. Whole food nutrition practices, which improve paraoxonase levels, may be a critical practice in order to prevent and remove atherosclerotic plaque and boost your body’s antioxidant defenses.