Beyond the Craze & Hype: Are Omega 3 Fats Really That Good? 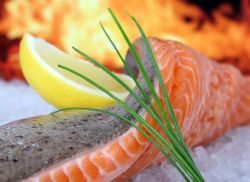 Every health food store and virtually every supermarket and drug store in the western world carries omega 3 supplements.
Omega 3 fatty acids have been given the credit for improving heart health, brain function, arthritis and virtually every health issue under the sun. Even nutritionally illiterate medical doctors espouse their amazing benefits. If you aren’t taking omega 3 supplements, you need to get with it, correct?
Well not necessarily. Consider that almost all of the studies that has been pro omega 3, have been conducted by companies that sell omega 3 supplements. Try and find a pro-omega 3 study that hasn’t been carried out by someone with an agenda. If you do, email me I would like to read it.

The medical literature is full of studies that show the potential harm of omega 3. Yet most medical doctors have jumped on the bandwagon for fish oils.
Omega 3 fatty acids are what are known as polyunsaturated fatty acids (PUFA’s). Polyunsaturated oils are of 2 kinds: omega 6 and omega 3. Polyunsaturated fats are believed by many researchers to be one of the primary causes of the heart disease epidemic of the 20th and 21st centuries. Much has been written about the dangers of Omega 6 fats. And there certainly are potential dangers. What is less talked about is that omega 3 may be EVEN MORE HARMFUL than omega 6!

A known fact about omega 3 is that they are extremely heat and oxygen sensitive. Furthermore, inside the body, omega 3 fatty acids will rapidly oxidize. Evidence points to the fact that omega 3 will induce rapid lipid peroxidation and as a result will generate very large amounts of free radicals.
Free radicals are defined as any molecule or atom with an unpaired electron. While free radicals are a necessary bi-product of metabolism, excessive free radicals are very dangerous to the body. Omega 3 will literally cause the breakdown and destruction of cells.

Is this a good thing? Well not if you have a pre-existing excess of free radicals, known as a catabolic/dysaerobic imbalance.
If you have an anabolic imbalance or a prostaglandin imbalance, omega 3 may actually produce a noticeable reduction in symptoms. Omega 3 does so by inhibiting pro-inflammatory responses of prostaglandins and leukotrienes. Aspirin will have a similar effect on prostaglandins. And like Aspirin, omega 3 can be toxic to the body and to the liver.
Those who have an anabolic imbalance suffer from cell membranes that are too thick. And as a result, nutrients and oxygen can’t be used efficiently. The result could produce numerous health issues, including heart disease and cancer. Because omega 3 will produce a catabolic (cellular destructive) effect in the body, the thick cell membranes of anabolic patients will break down, resulting in more efficient use of oxygen.

Does Omega 3 Address the Cause of the Prostaglandin or Anaerobic Imbalances?

“Many studies have shown that after ingestion of omega 3 fatty acids the end products of oxidative lipid damage increase substantially. Oxidative end products after omega 3 ingestion are shown to be associated with an acceleration of atherosclerosis development, and also with increased oxidative damage in bone marrow DNA in rats.”

According to PhD biologist Ray Peat: “The most popular way of arguing that fish oil will prevent heart disease is to show that it lowers blood lipids, continuing the old approach of the American Heart Association’s “heart protective diet.” Unfortunately for that argument, it’s now known that the triglycerides in the blood are decreased because of the fish oil’s toxic effects on the liver (Hagve and Christophersen, 1988; Ritskes-Hoitinga, et al., 1998).

“In experiments with rats, EPA and DHA lowered blood lipids only when given to rats that had been fed, in which case the fats were incorporated into tissues, and suppressed mitochondrial respiration (Osmundsen, et al., 1998).”

“Considering just one of the products of fish oil peroxidation, acrolein, and a few of its effects in cells, we can get an idea of the types of damage that could result from increasing the amount of omega-3 fats in our tissues.”

Will people benefit from omega 3 supplements? Possibly. Are their potential health risks with omega 3? Yes absolutely.
Realize that the body’s processes function in a dualistic, di-phasic manner. While some people may benefit from one nutrient due to a specific metabolic imbalance, others may be harmed by the same nutrient because of an OPPOSITE metabolic imbalance. It is not a one size fits all issue.