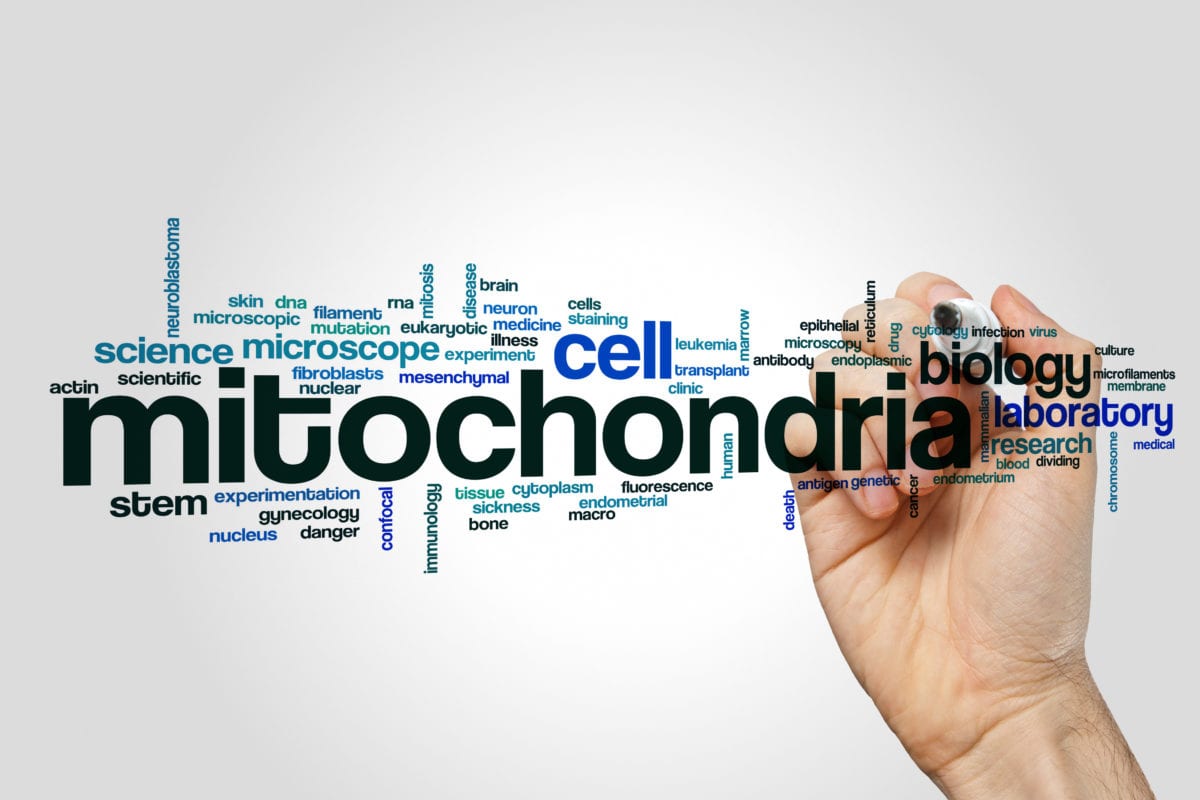 BCL-2 is a key protein inside cells that functions as a type of control switch for cell-programmed death, known as apoptosis. Significantly, cancer cells are locked in a malignant state of cell division, where apoptosis genes are down-regulated or switched off. Over-expression of BCL-2 in cancer cells is associated with the inability of cancer cells to go through apoptosis. Natural product agents, including a number of botanical constituents, have shown in various studies to reduce the expression of BCL-2.

The role of aerobic glycolysis in cancer was first elucidated by Otto Warburg in the early part of the 20th century. Aerobic glycolysis is the conversion of glucose into lactate in the presence of oxygen. Cancer cells often feature very high levels of aerobic glycolysis. The reasons for this have been rigorously debated over the years. Of particular interest is the function of mitochondria in cancer cells. In non-cancerous cells, oxidative phosphorylation within the electron transport chain of the inner mitochondrial membrane, generate the majority of ATP. Through this process of ATP generation, reactive oxygen species (ROS) are formed. ROS, often referred to as “free radicals”.

Despite their association with aging and disease processes, reactive oxygen species play important roles as signaling molecules (1, 2). While it is true that unregulated ROS’s can cause DNA damage and contribute to cancer initiation, they can also increase cell programmed death in cancer cells (3, 4). The role in which ROS’s function in biological homeostasis can be referred to as mitohormesis. Exercise is an example of mitohormesis, where a temporary shift of oxidative stress results in the initiation of repair processes, and subsequent beneficial health consequences.

One major mechanism of cancer cell death is through the interactions between ROS’s and a critical tumor suppressor “gatekeeper” gene known as p53. The induction of p53 involves the binding of ROS’s such as H2O2 (hydrogen peroxide) (15).

Its important to consider that free radicals and ROS’s play binary roles through cell signaling mechanisms. In one sense, free radicals can cause normal cells to become malignant through induction of DNA damage, but in cancer cells, ROS’s induce apoptosis (cell programmed death). Clearly the effects of ROS’s operate through a type of yin/yang dynamism, illustrating the highly complex balance between the forces of destruction and construction.

BCL-2 inhibition is a critical area of cancer research, because of how BCL-2 regulates cell-programmed death (apoptosis) in cancer cells. The fate of cancer cells is greatly influenced by sequences of apoptotic versus anti-apoptotic pathways. These pathways involve the modulation of the mitochondrial membrane potential, and the membrane’s permeability, as well as the balance between pro-oxidative and anti-oxidative mechanisms. Some of the main players in these different pathways include: BCL-2, BAX, p53, NF kappa ß, TNF alpha, caspase 9, 3, 7, 8, p50, p65.

The family of BCL-2 genes are a family of roughly 25 genes, which regulate apoptosis through coordinating responses and behavior of the outer mitochondrial membrane. The expression of BCL-2 is modulated in part by NF kappa ß, a nuclear transcription factor (5).

Apoptosis in cancer is a critical event that signals cell death to occur. The up-regulation of BCL-2 gene expression leads to a closing of the mitochondrial membrane, and to significant changes in the polarity of the membrane and to the membrane permeability (6). These processes are widely believed to prevent apoptosis from taking place within malignant cells.

Polysaccharides are sugar molecules that possess a number of immune-modulating effects. Previously, I’ve reported on polysaccharides such as 1,3 beta glucans to be activators of the lectin pathway of the innate, complement immune system. A plethora of studies conducted on various natural plant medicines have focussed on cancer-modulating properties of constituent polysaccharides.

The Chinese herb Astragalus contains polysaccharides which have shown to down-regulate BCL-2 and promote apoptosis of nasopharyngeal cancer cells as well as significantly reduce the RNA expression of BCL-2 in hepatocarcinoma (7), (8).

Beta glucan polysaccharides derived from various medicinal fungi (such as reishi mushroom) have shown in vitro to downregulate BCL-2 in B-cell lymphoma cancer cells lines, as well as in colon cancer cell lines (9), (10).

The polyphenol quercitin and flavanoid taxifolin were shown to disrupt the BCL-2/BAX complex in vitro (11).

EGCG, the main catechin polyphenol derived from green tea was shown to downregulate BCL-2 expression in an in vitro/in vivo study of hepatocarcinoma (12), as well as in a leukemia study (13).

DIM (Diindolylmethane), a derivative from cruciferous vegetable indoles has been shown to inhibit BCL-2 in various cancer cell lines (20). As an aside, I’ve focused on the genetic, epigenetic, and cancer-modifying actions of DIM in a previous article.

The future of botanical research into cancer should focus on mechanisms to enhance the absorption and utilization of natural plant medicines, in order to arrive at their destination at the site of the tumor.

Sulfur compounds have shown the ability to down-regulate BCL-2 and to induce apoptosis. Constituent sulfur compounds from garlic, diallyl sulfide and diallyl disulfide were both found to increase BAX, p53 and reduce BCL-2 expression in a non-small cell lung cancer cells line (17). These sulfur constituents are present in garlic oil. Sulfur compounds may be found in future research to have significant effects in cancer cell behavior. This is because sulfur acts as a signaling molecule, influences cellular redox and regulates various aspects of oxygen utilization and ATP production within the mitochondria. This is particularly true of hydrogen sulfide (18). Hydrogen sulfide (H2S) is a double edged sword. Research has found that lower concentrations of H2S can promote cancer cell growth, but higher doses inhibits cancer activity (19).