Bacteria & The Brain: The Powerful Behavior-Modifying Effects of The Gut 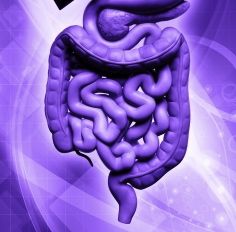 The ENS is involved in the regulation of several essential digestive functions. Most notably:

In 2011, researchers from the Journal of Neurogastroenterology stated: “As Bifidobacterium longum decreases excitability of enteric neurons, it may signal to the central nervous system by activating vagal pathways at the level of the enteric nervous system.”

What this means is that behavior is directly linked to intestinal bacteria and gut function.

It is now well established that gut permeability, known as “leaky gut” has a direct effect on behavior. Studies such as this have demonstrated the link between intestinal permeability, gut infections and depression.

A key mechanism with how intestinal permeability plays a crucial role in behavioral disorders is most due to the effect that pathogens and bacterial species have on brain and neurotransmitter function. For example, streptococcal infections have shown to cause symptoms of OCD (obsessive compulsive disorder), tics, and Tourette’s. Additionally, the immune response that is invoked from strep and other infections, causes tremendous systemic inflammation, including to that of the brain.

The outer casing of gram-negative bacteria, known as lipo-polysaccharides (LPS), have shown in studies to induce massive systemic inflammation, including the release of pro-inflammatory cytokines such as TNF-a in the brain, as well as brain microglial activation.

Because of the essential role of “tight junctions” in the gut lining for protecting the organism from invading antigens, a diminishment of the tight junctions leads to an increased level of permeability, allowing various pathogenic microbes easy access into circulation. This permeability of the gut wall induces high levels of inflammatory activity in the brain, nervous system and in many other locations in the body.

Additionally, leaky gut will also feature imbalanced gut flora, and especially in the presence of pathogens and with an overgrowth of opportunistic organisms. This may involve imbalances in the same gut bacteria that communicate with the brain via the vagus nerve. So behavior and brain function are affected by the gut in more than one way.

The intestinal flora makes up roughly 80% of the total immune defenses of the body. The gut is lined with more than 100 trillion micro-organisms, nearly ten times the amount of cells that make up the human body. There are thought to be between 400-1000 different species of bacteria that are normally found in the gut, and there exist intrinsic relationships and complex communication networks among the bacterial species.

Immediately following birth, the act of breastfeeding results in the implantation of essential floral colonies into the infant’s gut. Studies have demonstrated that breast feeding significantly reduces the risk of childhood asthma.Breast feeding for more than 12 months has been shown to be protective against the development of rheumatoid arthritis. One study found a correlation between a shorter duration of breast feeding and the development of ADHD in children.

Many recent studies have focused on the role that certain probiotic strains have on regulating behavior. This is fascinating because it shows the relationship between bacteria and the brain. The probiotic strain bifido infantis 35624 has been studied for its role in possibly reducing depression. Additionally, bifido infantis powerfully reduces IBS symptoms.

Lactobacillus reuteri has been studied for its anti-anxiety effects and for its powerful modulation of the immune system, especially the inhibition of TNF-a. Additionally, L-reuteri is well established to modify the activity of the neurotransmitter GABA in the central nervous system. The same is true for lactobacillus rhamnosous.

L-helveticus and B-longum have been studied for effectively reducing stress, anxiety and depression.

There are a plethora of additional studies that demonstrate the role of gut microbes in regulating behavior.

Without a doubt, continual research will emerge that identifies the intricate but profound role that bacterial balance in the gut plays at modifying behavior.

Any serious health-improvement program should address the function of the gut flora and mucosal barrier. This is magnified exponentially if one has chronic gut issues, inflammatory conditions, autoimmune disorders, and behavioral issues.

Because there are so many factors that will impede upon your intestinal flora, maintaining proper digestion, assimilation and intestinal immunity is paramount. All of these factors work together.

It is extremely common that when the gut is severely compromised, the mucsoal barrier is damaged, and the “tight junctions” that normally exist to keep pathogens at bay, are compromised. If this is the case, there will most likely be a greater degree of inflammation that can manifest at places in the body you wouldn’t necessarily suspect (such as the brain).

Often accompanying gut flora imbalances are food intolerances of varying degrees. In fact, food allergies and sensitivities may be amplified when one’s gut flora is compromised. For some individuals eliminating gluten, dairy and eggs may be essential. For others, low-oxalate diets may be important.

In many instances, it may take years of persistent attention to the gut before long-term results are achieved.

It is the opinion of this author, from firsthand experience, that proper, individualized nutrition is the foundation for restoring the function of the gut mucosal barrier.