“All Natural” Means” All GMO: How Your Grocery Store is Deceiving You 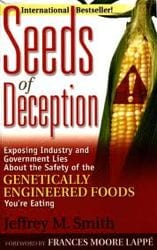 How many of you actually know where you food comes from? Statistically less than 20% of you do.

Just today I walked into my local grocery store, New Leaf Community markets in Santa Cruz. I shop there for most of my food because they are locally owned and are very close to my home. Last week they hosted a free community talk educating consumers on GMO’s. They are also a member of the ‘Non GMO Project’, a non-for profit collaboration.

As I passed by the meat counter, a woman asked one of the butchers about the chicken in the case: “is it organic?” The employee replied: “It’s not organic, but it’s ‘All Natural”.”Okay I’ll take it.”

Of course, in the past I asked the guys behind the counter if they knew what they feed the animals at the “all natural” ranches. They didn’t know. I then proceeded to contact Harris Ranch, one of New Leaf’s suppliers of beef. Harris informed me that the cattle are fed primarily GMO corn and soy with a mixture of grass and alfalfa thrown in.

“Doesn’t this concern you?” I asked the guys behind the counter. “People don’t ask questions and they don’t demand otherwise.”

It is easy to pick on stores like New Leaf, when virtually every grocery store in the United States (including Whole Foods Markets) carries substantial amounts of GMO’s. Most consumers are oblivious to the dangers of Genetically Modified Foods.

Arpad Pusztai in Scotland was the first whistle blowing scientist to document the dangers of GMO’s on animals back in the late 90’s. He demonstrated that rats fed GMO potatoes had several deformities, weak immune systems, damaged organs, and offspring had damaged reproductive organs, livers, and had markers for the development of cancer.

Does health mean anything to you? In my opinion, GMO’s have no part in human health or diet. Get educated. Read Jeffrey Smith’s explosive book: ‘Seeds of Deception’. Take action: Host public talks about the dangers of GMO’s. Almost all of Europe has banned GMO’s, the U.S. is controlled by the agricultural monoliths. Consumer education and activation is key!