Adrenals & The Gut: Blood Sugar, Trauma & The Overload Of Stress 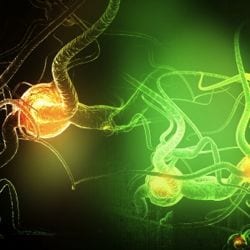 In many ways, the issue of adrenal fatigue can be thought of as a lack of coordination between various endocrine glands in the HPA axis. In the past I’ve written about many factors that can influence adrenal fatigue, and its associated lack of HPA axis coordination. What is becoming more evident is the role of intestinal function, glucose regulation and traumatic events on the stress axis of the body.

The HPA axis is comprised of 3 glands: the hypothalamus, pituitary and adrenals. Each gland produces various hormones which will tend to affect another gland and the secretion of other hormones. Cortisol, for example, functions in a “negative feedback loop”, and as such influences the production of the hormone CRH (corticotrophin releasing hormone) by the hypothalamus.

Numerous factors can contribute to a loss of normal HPA axis coordination. For example, prolonged exercise will result in stimulation of HPA axis hormones, ACTH (adrenocorticotropic hormone) and CRH.

Other studies have demonstrated that low glucose levels trigger a stress response, through the stimulation of ACTH and CRF. This is particularly true with exercise. This strongly implies the importance of maintaining excellent blood sugar control if one is going to engage in exercise.

A great amount of research in recent years has focused on the correlation between mood, behavior, depression, anxiety and gut toxicity and GI dysbiosis (See my recent article on this subject with citations). Other studies have found direct correlations between elevated stress hormones in patients with GI issues, such as IBS. This study revealed that upon administration of CRH to IBS patients, there was an exaggerated and high production of ACTH (from the pituitary) and cortisol (from the adrenals). Anyone with a chronic gut issue will likely tell you about the effect that stress has on their gut-related symptoms.

Experiments on rats reveal that past traumatic experiences resulted in a breakdown of the gut mucosal barrier. This signals that many gut issues may be caused by trauma and stressful events early in one’s life.

Additionally, last year I discussed the role of the limbic brain on the stress response of the body. In summary, the limbic system processes memories and meaningful experiences. The limbic glands, the amygdala and hippocampus are very rich in cortisol receptors. This implies that traumatic experiences, (take for example PTSD, post traumatic stress disorder) may have an “imprinting” effect on the nervous system, triggering a perpetual stress response.

Studies have focused attention on how serotonin (one of the most important neurotransmitters that regulates mood, sleep and behavior) in the limbic brain is altered in people with PTSD. It is becoming increasingly more evident that many neurotransmitters, such as serotonin are found in the gut. In the case of serotonin, 95% of it is in the gut mucosa.

The correlation is quite clear: people under high levels of adrenal and HPA axis stress may be more likely to develop gut-related issues.

The human diet evolved from more of a feast and famine type of diet. Humans traditionally had to go longer periods of time subsisting on minimal amounts of food, and this is evident in the fact that the body has developed approximately 7 mechanisms to raise blood sugar, but only 1 mechanism to lower it.

To raise blood sugar, the body can use glucagon, adrenaline, cortisol, thyroxine, growth hormone, ACTH and somatostatin. The only way the body can lower glucose is through insulin. The primary problem with chronically elevated glucose is that if over-exposed to insulin, the cells become resistant to insulin, leaving high amounts of sugar in the blood. If the body had other ways besides insulin to lower glucose, then the diabetes epidemic would not exist.

The real problem however, lies in the factors that cause glucose to be continuously mobilized into the bloodstream. Diet is a primary one, but so is the chronic stress response.

If a person’s HPA axis lacks the necessary coordination, and its intricate communication pathways are aberrant, I would argue that its ability to maintain normal glucose levels may also be impaired. And this is precisely why so many clinicians place so much emphasis upon maintaining sufficient glucose levels when adrenal burnout is present.

Many people whose HPA axis are fatigued report on how they need to eat frequent meals throughout the day to prevent a crash in blood sugar. Remember again that 3 of the primary mechanisms to raise blood sugar are HPA axis hormones, and the fourth (thyroid hormone) is strongly influenced by HPA axis hormones.

When it comes to gut function and the stress response, the evidence overwhelmingly supports the need to address the functionality of the GI mucosal barrier, the gut flora, and any degree of toxicity in the gut which may alter intestinal ecology.

Studies have shown how stress hormones such as CRH modify immune signaling and the pathways of inflammatory cytokines. Additionally, it is well documented in the literature that pathogens can incite high levels in systemic inflammation. I think it may be fair to say that the greater the intensity and duration of infections, the more involved stress hormones may become in enhancing the immune-derived inflammation.

What about gut infections and stress hormones? Serious infections such as C. Diff (clostridium difficile) go hand in hand with high levels of CRH. What about a breakdown of the intestinal mucosal barrier due to stress-induced CRH production? Yes, the literature supports this as well.

Its now well documented in the literature that certain strains of probiotics, such as L-reuteri and B-infantis modulate behavior by acting on the enteric gut neurons, which communicate with the brain (see my previous article on this with citations).

It is clear that addressing adrenal issues involves addressing many adjacent pathways and functions.