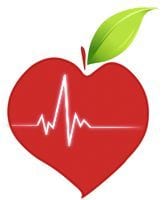 Adrenal fatigue has become somewhat of an umbrella term in functional medicine. On the surface, it isn’t quite clear what is meant by adrenal fatigue. We can say that dysfunction of the adrenal glands and/or deficiencies or excesses of certain adrenal hormones is a real situation, which can lead to various symptoms. But in order to get a clear understanding of what some of these differences are, it is very important to define our terminology and what is meant.

I would like to point out that a dysfunction of the adrenals is not necessarily the root of a person’s health issues. It can, however become a major thorn in the healing process, because of how important adrenal hormones are in the body.

In order to take a look at adrenal issues, let’s look closer at 3 classes of adrenal hormones: Catecholamines, Glucocorticoids and Mineralcorticoids.

There are 3 primary catecholamines: adrenaline (epinephrine), noradrenaline (norepinephrine) and dopamine. Each of these are “excitatory” in that they are triggered by the sympathetic nervous system in response to stress. These hormones will increase the body’s heart rate, blood pressure and blood sugar. When there is a chronic, elevated stress response, the catecholamines are probably in high output. As an example, consider the adrenal output of a Type II Diabetic. In insulin-resistant states, there is a high mobilization of sugars into the bloodstream, and this may not only be from dietary sources. The chronic stress response signalling adrenaline will also mobilize sugars into the bloodstream, as will high amounts of cortisol.

The precursor to the catecholamines are 2 amino acids: Tyrosine and Phenylalanine. More on these later.

The glucocorticoid hormones are called “steroidal hormones” as they are steroids that function as hormones. Glucocorticoids have vital roles in the body and are involved in numerous biological functions such as in cardiovascular function, fat breakdown, carbohydrate metabolism and wound healing. The primary glucocorticoid is Cortisol. Cortisol is another “stress hormone” that gets pumped out by the adrenals in response to stress. Cortisol is also the most potent anti-inflammatory in the body. Cortisol will also turn down immune system function. Cortisol is synthesized from cholesterol via the pregnenolone > progesterone pathway.

Cortisol levels are balanced by the other adrenal hormone DHEA.

Mineralcorticoids are also steroidal hormones produced by the adrenals. They are involved in the regulation of fluid/electrolyte dynamics. This is especially true for the principal mineralcorticoid aldosterone. Aldosterone’s primary function is to allow for the re-absorption of sodium by the kidneys and for the excretion of potassium. This is important to understand because when there are increased levels of sodium in the blood, with an increased loss of potassium, there tends to be high blood volume, elevated blood pressure and increased cortisol production.

I recently worked with a type II diabetic who I assessed as a ‘Sympathetic Dominant Carbo Type’. A sympathetic dominant carbo type’s primary metabolic imbalance is the overactive functioning of the sympathetic nervous system. There were a few strong indicators that revealed high levels of adrenal output. She correlated these findings with symptoms of intense stress and high demand of energy output. Her metabolic-recommended diet consisted mostly of plant-based carbohydrates (plenty of vegetables) and very low purine/low fat containing protein sources.

Within a few days of following my recommendations her blood sugar levels were consistently and significantly lower than they had been in a long time. One evening she did something against my recommendations. She took a nutritional supplement sold to consumers as “Adrenal Support Formula”. This contained various herbs as well as the amino acid Tyrosine. Approximately 20 minutes after taking this she emailed me and informed me of what she had taken. I told her that taking this supplement was not only likely going to push her adrenal glands further into excessive output, but would likely raise her blood sugar.

Sure enough, she had a 20 point surge in glucose and had a difficult time falling asleep. Why is this?

When there are consistently elevated levels of cortisol, adrenaline and aldosterone (in this case because of sympathetic dominance), taking a nutritional supplement that will increase adrenal output is a bad idea, especially if this contains the amino acid Tyrosine. As we’ve learned from earlier, Tyrosine is a precursor to adrenaline and other catecholamines. How could this raise her blood sugar? Consider that cortisol and adrenaline are both responsible for elevating blood sugar levels. This same person had a cup of coffee and within 1 hour her blood sugar levels had jumped from 199 to 319! There was no sugar in the coffee! Consider the effect that caffeine can have on the sympathetic nervous system!

This person has what is commonly referred to as adrenal hyperfunction.

Another client of mine is a 65 year old female who is challenged with chronic fatigue, high levels of stress, as well as hypothyroid function. When we began working together 1.5 years ago, I assessed her as a ‘Parasympathetic Dominant Protein Type‘. At the time just prior to us working together, she was eating mostly a plant-based type of diet, with small amounts of lighter proteins. Her meals would not satisfy her appetite, and her blood sugar levels would belly out quickly, resulting in hypoglycemic-like symptoms.

I immediately recommended a diet compatible with her Metabolic Type. This included eating red meat 2-3 times per day, good amounts of saturated fat, and minimal amounts of carbohydrates, mostly in the form of vegetables. She experienced a dramatic improvement in her meal satiety as well as in her blood sugar control within days.

I recommended she take an adrenal glandular supplement which includes adrenal concentrate, Tyrosine, Schizandra and a small amount of licorice root extract. She immediately felt a significant improvement in her energy levels, especially when she began taking a higher dosage. This is because this adrenal support formula increased her adrenal output.

Realize that a very similar supplement (which also included tyrosine) resulted in excess adrenal activity for the diabetic! Yet for the client with diminished adrenal function, this same type of supplement yielded very positive results! These two stories powerfully illustrate the clinical significance of biological individuality and the need for individualized nutrition rather than symptom-specific treatment.

On a 12-hour fasting blood test, typically when sodium is decreased (<135) and potassium is increased (>4.5) there is the tendency for adrenal hypofunction. This will also correlate with saliva cortisol studies when the sum cortisol level is 23 (nM) or lower.

When sodium is elevated (>142) and potassium is decreased (<4.0), this tends to indicate adrenal hyperfunction. This may also be correlated with sum saliva cortisol levels greater than 40 (nM).