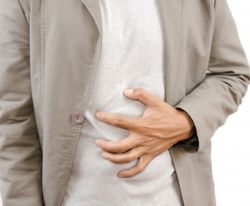 GERD: What is it? Is it just a bunch of acid shooting into the throat causing a burning reaction to the esophagus and upper GI tissues? Why is the cause of the shooting acid rarely investigated? Is there not literature that suggests more of a complete picture regarding what is really happening in the body? Can your symptoms be resolved without the use of drugs?

GERD (gastroesophageal reflux disease) is the result of acid shooting into the throat and burning the underlying tissues. It is typically treated with acid-blocking medications such as H2 blockers or PPI’s. The truth is that there are actually causes to GERD, and none of them actually have to do with a high stomach acid content. Huh!? Then why are people given these medications?

Once an investigation takes place into the origin of symptoms and levels of dysfunction, it is evident that GERD itself is only a symptom underneath various causative factors. It is important to address that there may be more than one cause to GERD, and the issue may be multi-factorial.

Let’s take a look at the most common causes of GERD, and what can be done about them.

This may sound very strange to you. Contrary to popular belief, stomach acid is a critically important part of your body. It is needed for the assimilation of several essential nutrients. Most people, including most doctors are under the impression that with GERD there is high stomach acid present, and that it needs to be suppressed in order for symptoms to be minimized. The truth is that high levels of stomach acid are almost never found. Researchers using the Heidelberg pH test have known this for decades. Many people report a total elimination of their acid reflux and GERD-symptoms by taking vinegar and hydrochloride (“HCL”) capsules (inexpensive digestive aids found in any health food store). If low stomach acid is the cause of your GERD symptoms, or at least partially involved, taking an acid (not a base) could be “your ticket”. But like with anything, there is often more to the story, especially when chronic GERD symptoms exist.

Helicobacter pylori (h pylori for short) is a well studied, stomach-living infection that burrows deep into the mucosal lining of the stomach. It is often difficult to detect on lab tests (such as stool and urea breath tests) but may very well be there if symptoms are present, or if indirect factors suggest its presence. H pylori is well documented to cause acid reflux symptoms, as well as nausea, ulcers, gastritis, halitosis, black-colored stools, and other nasty symptoms. H pylori has shown to be the major cause of most stomach ulcers, and is involved in gastric cancers. It too can be a major cause of GERD, and associated symptoms.

If present, ulcers are potentially very serious, and can even be life-threatening. Ulcers result in a weakening or an erosion of the stomach lining. Nature has made the stomach to secrete very strong acid. And it has also made the stomach to have a thick, sturdy mucosal layer to protect the underlying tissues from the acid. When an ulcer is present, underlying tissues are damaged. When ulcers are present, there is a lot of inflammation and symptoms. Ulcers can involve GERD and acid reflux-related symptoms as well. The underlying cause of ulcers should be sought out. It is likely due to h pylori. Powerful, non-toxic nutritional therapies exist for restoring the stomach mucosal barrier.

Food intolerances are increasingly common. While it should be pointed out that there can be any number of food intolerances contributing to or causing GERD and acid reflux, one of the most common GERD-related food intolerance triggers is gluten. Food intolerances will tend to trigger an “antigenic” immune response of varying kinds. This may involve immunoglobulins such as IgA, IgM, IgG and possibly IgE. The literature shows a link between celiac disease and GERD symptoms, and the elimination of symptoms when gluten is removed from the diet. Not everyone has celiac disease. But this doesn’t mean you don’t have a food intolerance or immune reaction to gluten. Many people with “idiopathic” (its happening but we don’t know why) GERD report elimination of symptoms when they eliminate gluten. Estimates suggest a large percentage of the population has gluten intolerance.

Bile acid reflux is often commonly misdiagnosed as GERD. Unlike the involvement of stomach acid in GERD, bile acid reflux involves the spilling of bile from the duodenum (upper small intestine) into the stomach. This is the WRONG direction. Bile acid reflux is a common presentation from people who have had gall bladder removal surgery. An special type of procedure can be performed to identify if you are having bile acid reflux. Bile acid reflux, like GERD, more than likely involves problems with how the gastric sphincters open and close. You have a duodenal sphincter that opens to send food from the stomach into the small intestine. And you have an esophageal sphincter that allows food to pass into the stomach. Aberrations in the function of these sphincters closing and opening can be caused by: low stomach acid, high stress response (cortisol for example), and an infection like h pylori.

This is a little known but potentially major cause of many people’s unexplained GERD symptoms. Eosinophilic esophagitis is an allergic response to an antigen (invading immune stimulator). Some of the most common triggers to EE include: mold spores, dander, certain foods, toxic metals. EE may cause acid reflux symptoms, but often also include other symptoms: tightness in throat and a difficulty swallowing.

Water is essential for life. Sometimes the most fundamental issue is the one least suspected. Water and electrolytes are needed for normal cellular function. An imbalance in the electrolyte gradient of cell membranes could dampen the charge of the cells. Water is needed for digestion. Bile is made largely from water. The bicarbonate produced by the pancreas is needed to neutralize the acid food entering into the small intestine. This bicarbonate is chiefly dependent on water.

This is a a structural issue related to GERD. A part of the diaphragm is in close anatomical proximity to the esophageal sphincter. Some studies have found a correlation to a diaphragmatic dysfunction and the effect this has on the regulation of the esophageal sphincter. This is certainly something that should be considered in your exhaustive search for the truth of GERD.

You always want to address the levels of causation, not only the symptoms. Symptom treatment, especially for GERD can have serious consequences. This is especially true of acid blocking drugs, which the literature shows can have very serious effects on nutrient and mineral status, as well as increasing the risk of certain infections.

Always seek to find the most intelligently-placed strategies. This offers the greatest chance for success.